Inter-array cable testing and termination will start at the Moray East offshore wind farm around 11 November, with the first of the two campaigns for this work scheduled to commence then.

The testing and termination works will be carried out from the wind turbines and offshore substation platforms at the project site some 22 kilometres off the Aberdeenshire coast in Scotland, with the personnel and equipment to be based on the Siem Barracuda vessel.

The overall scope for these cable works will be carried out in two campaigns, the first one commencing around 11 November and taking place until 23 January 2021, and the second one beginning around 4 April next year and running until mid-June.

Furthermore, cable protection operations on the export cables are expected to start around 16 November, when the Flinstone vessel will start rock dumping work along the export routes.

All three export cables for Moray East have been laid and pulled in by mid-October by the cable laying vessel NKT Victoria.

So far, 54 jacket foundations have been installed at the project site, after the installation vessel Seajacks Scylla began the campaign in early July.

All OTM jackets and topsides have been in place since mid-September. 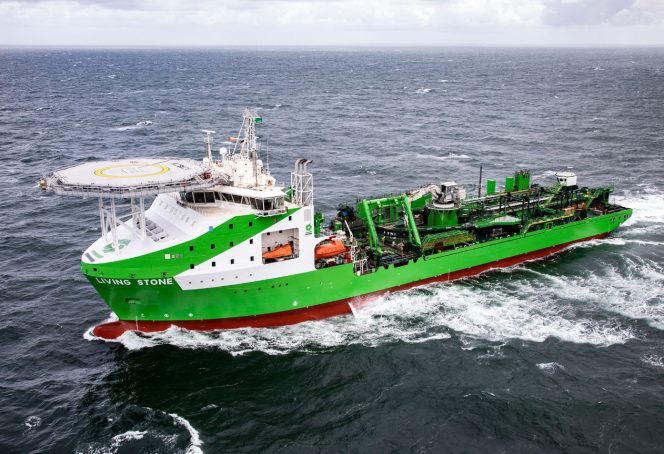