Canadian shipping company Canada Steamship Lines, a division of the CSL Group, has sold the 35,656 dwt self-unloader MV Salarium for demolition in Turkey.

According to the company, the decommissioning of the bulk carrier comes after “a long and productive 41-year career with the Canada Steamship Lines fleet”.

As explained, the long-serving vessel reached the end of her usable life earlier this year and will be dismantled at an undisclosed green ship recycling yard in accordance with local legislation, international conventions such as the Hong Kong Convention and CSL’s Ship Recycling Policy.

Originally named Nanticoke, the ship was built by CSL at Collingwood Shipyards and launched on December 18, 1979. The 222.5-metre-long vessel was designed and built to be able to service coastal trades.

During her maiden year of service in 1980, the vessel took part in the first-ever direct transshipment of coal to an ocean-going ship while at sea.

In April 2009, Nanticoke was chartered by Societé Québecoise d’Exploration Minière and renamed Salarium as a nod to the salt trades to which she would be primarily dedicated.

Until her retirement, Salarium mainly transported salt between the Magdalene Islands in the Gulf of St. Lawrence and ports along the lower St. Lawrence River, the Great Lakes and the East Coast of North America. 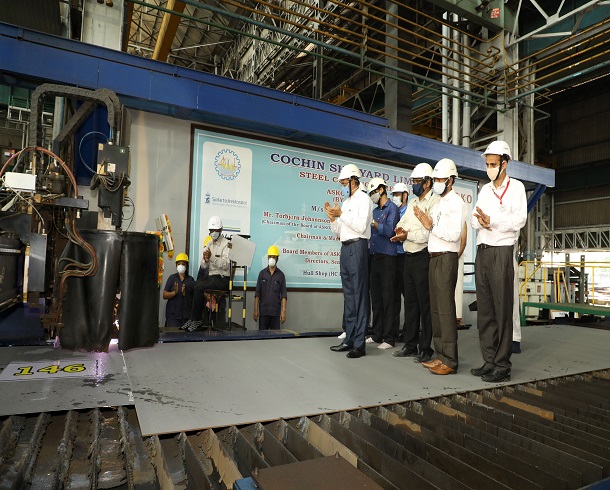