Carriers to Add Charges in Congested US Ports

A number of container lines operating between the U.S. and Asia say they intend to implement congestion charges of up to USD 1,000 per 40-foot container (FEU) for cargo moving via U.S. West Coast ports, effective November 17, 2014, in response to labor-related terminal delays, TSA said in a release.

“Beginning November 17 carriers will assess and collect their respective charges on an individual basis for eastbound and westbound cargo,” the release reads.

Terminal operators at Seattle and Tacoma are reporting 40-60% productivity reductions in loading and discharge of vessels that threaten to disrupt schedules and delay receipt and delivery of cargo to a regional economy highly dependent on waterborne international trade.

In Southern California, 14 ships were at anchor in Los Angeles-Long Beach harbor awaiting a berth and cargo handling operations fell to a low of 11 containers per hour.

“Carriers are mindful of the potential impacts of added charges on their customers and are monitoring the situation closely,” said Transpacific Stabilization Agreement executive administrator Brian Conrad. “They would clearly rather not impose the charges, but are concerned that disruptions can escalate quickly across their networks, at significant cost, if they fail to respond quickly.”

A TSA survey of member line costs associated with service interruptions and delays to date revealed that lines are now incurring losses and expenses due to blanked sailings, skipped port calls, and speedup of existing vessels or chartering of added ships and equipment to maintain schedules.

TSA added that to the extent that backups continue, impacts will likely be felt across carrier networks in Asia, as cargo and equipment are rolled to later sailings. 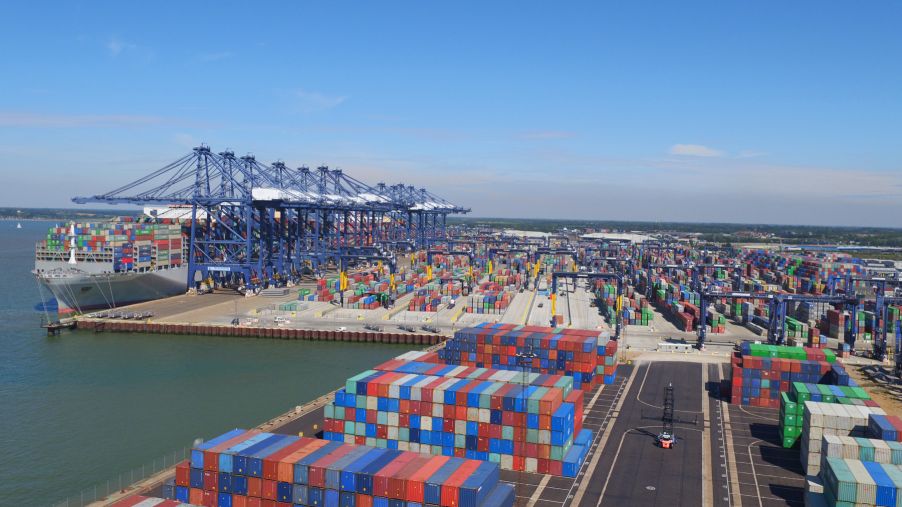