Caterpillar Inc., the world’s leading manufacturer of construction and mining equipment, diesel and natural gas engines, industrial gas turbines and diesel-electric locomotives, announced at the inaugural Natural Gas for High Horsepower Applications (HHP) Summit on Sept. 27 its intentions to go ‘all-in’ on natural gas and produce even more natural gas-fueled equipment and engines for a variety of applications.

Joel Feucht, Caterpillar’s director of gas engine strategy for the energy and power systems businesses, made the announcement during his keynote address at HHP Summit 2012, a first-ofits-kind event that examined the economic and environmental benefits of using the clean-burning, domestically abundant natural gas in fuel-hungry high horsepower applications.

“We have decided to go all-in on gas,” declared Feucht during his keynote address at HHP Summit on Sept. 27. “We are going to invest because we see a global market long term. Large engines are going gas. It’s not debatable; it’s our conclusion.”

Feucht’s remarks confirmed that Caterpillar will provide natural gas fuel as an option for engines across its many high horsepower lines for marine, rail, mining, earthmoving and drilling operations. The company recently announced its first expected liquefied natural gas (LNG)-powered will likely include Cat 793, 795 and 797 mining trucks, and locomotives produced by Electro-Motive Diesel (EMD), a unit of Caterpillar’s Progress Rail Services.

Current users of natural gas to power high horsepower equipment are realizing a cost savings of 30 to 50 percent. New technologies expanding access in North America have contributed to the low-cost of natural gas. 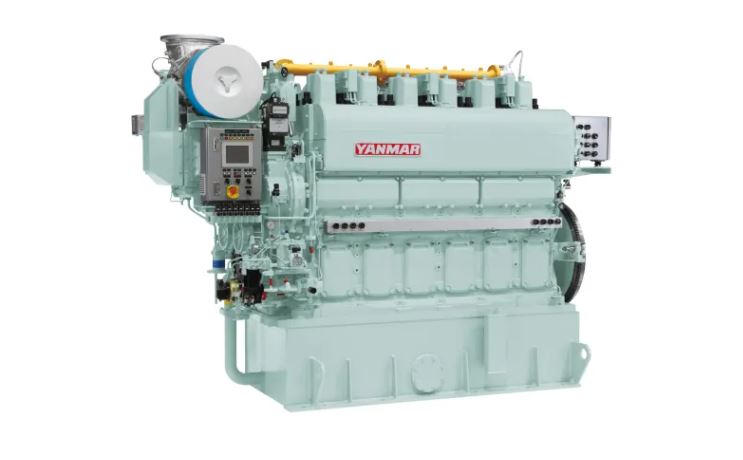