A Handy self-discharging bulk carrier ran aground on the American side of the St. Lawrence Seaway, near Cardinal, Ontario, the Canadian Coast Guard (CCG) said.

The self-discharger grounded while transiting downbound the St. Lawrence River en route to Quebec City with a cargo of iron ore, the US Coast Guard separately said.

The coast guard added that there was some water intake on the 35,400 dwt vessel.

However, no fuel or cargo tanks have been breached and no pollution or injuries have been reported.

The seaway was closed for night navigation as the relevant authorities were conducting a further evaluation. On October 7, nearby vessels were again allowed to transit the seaway past the grounded bulker.

Although no details on the salvage plan have been shared, NNY 360 news website reported that tugs were on their way to refloat the ship on October 9.

As of October 10, Rt. Hon. Paul J. Martin is still aground in the St. Lawrence River, according to the ship’s AIS data.

Built in 1973, the bulker is owned by Canadian Steamship Lines (CSL) Group, the information provided by VesselsValue shows. 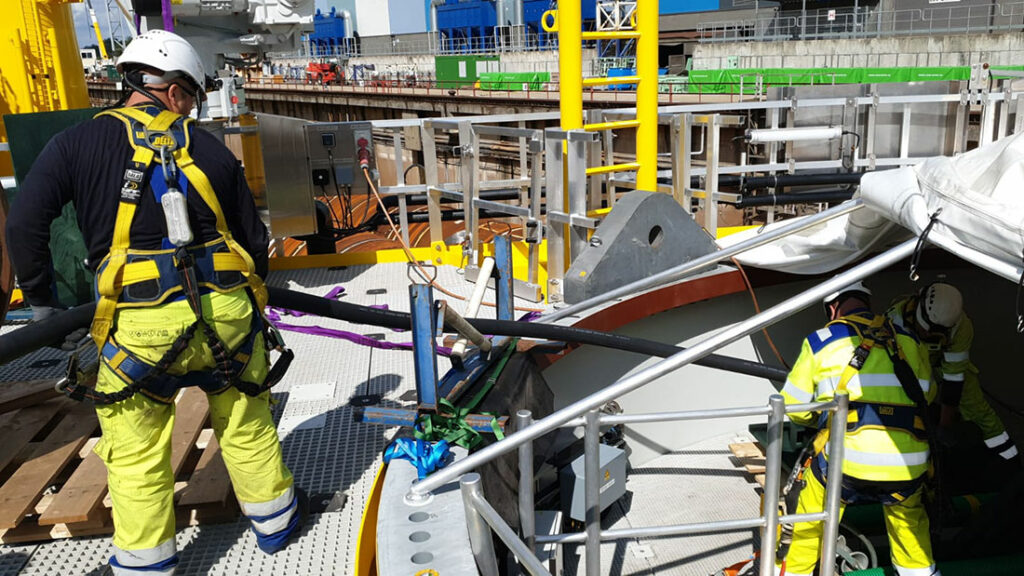