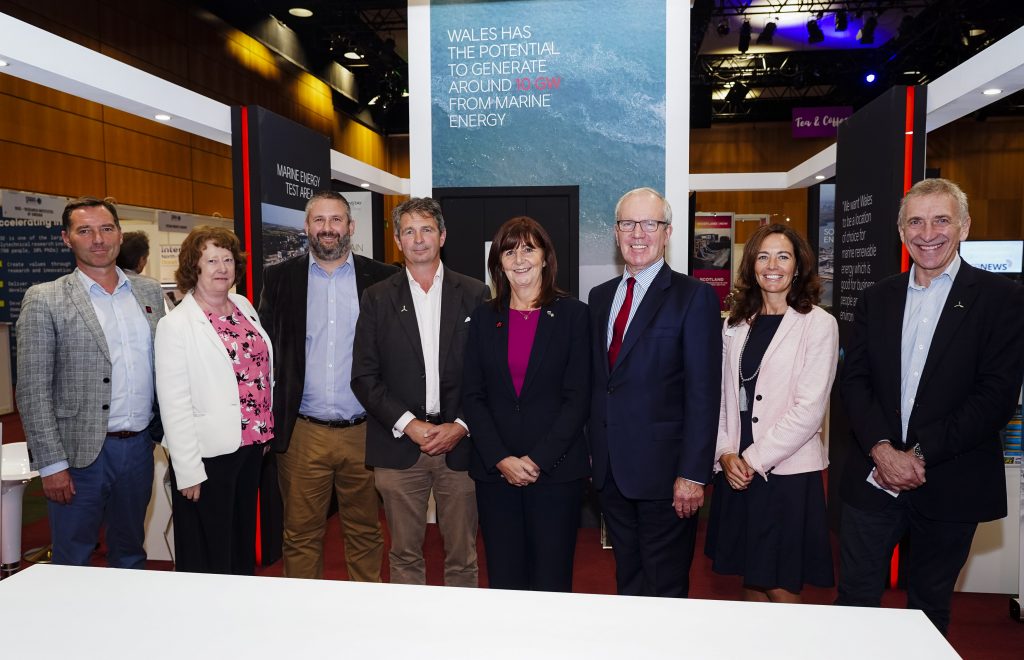 Ireland, Wales and Cornwall have signed a collaboration agreement outlining a commitment to work together to progress floating wind projects in the Celtic Sea

The commitment, signed by the Cornwall and Isles of Scilly Local Enterprise Partnership (LEP), Marine Energy Wales and Marine Renewables Industry Association Ireland, formalises a relationship that will focus on developing opportunities floating wind will bring to the Celtic Sea in terms of low carbon energy, innovative new jobs and socio-economic impacts across the regions.

The Celtic Sea Alliance was launched in Dublin by Welsh Minister for Environment, Energy and Rural Affairs, Lesley Griffiths, who said: “We know that floating offshore wind as a technology has long-term potential for delivering multi-GW scale deployment in the future. I am pleased Wales is taking part in this alliance so we can explore the economic opportunities of this technology and maximise the collaborative opportunities in the area of the Celtic Sea.”

Irish Minister of Communications, Climate Action & Environment, Richard Bruton, TD, added: “I welcome the launch of the Celtic Sea Alliance project and the signing of an MoU between Ireland, Wales and Cornwall. The project will acknowledge the significant opportunities floating offshore wind can bring to these regions in terms of low carbon energy, jobs and associated socio-economic impacts. Ireland’s Climate Action Plan puts in place a decarbonisation pathway to 2030, putting us on a trajectory to net zero emissions by 2050. Offshore wind will be a major component of this target and the work undertaken by the Celtic Sea Alliance will be key to realising our shared ambition of a low carbon economy.”

Steve Jermy, Non-Executive Director of the Cornwall & Isles of Scilly Local Enterprise Partnership (LEP), added, “We’re delighted with this important political development, which builds on the floating offshore wind initiative begun 18 months ago and led by the Cornwall & Isles of Scilly LEP. The initiative has been given new momentum with the announcement of climate emergencies, both nationally by British, Welsh and Irish Governments, and regionally by Cornwall Council. As well as the opportunity to contribute to meeting national and international zero carbon targets, floating offshore wind can bring coastal development, jobs and export opportunities to the Great South West, Wales and Ireland, in the same way that fixed offshore wind has to the East of Britain.”

The Celtic Sea Alliance is working actively with national, devolved and local governments on the best approach to deliver floating wind projects and has received a significant amount of support from local stakeholders.

Next steps for the Alliance include: first, the formation of a Celtic Sea Offshore Wind industrial cluster; second, continuing policy engagement to secure a pipeline of at least 1GW worth of floating wind turbines in the Celtic Sea before 2030, which would in turn attract in excess of £2Bn worth of regional investment and generate significant numbers of new jobs.