Chariot Oil & Gas has completed the reprocessing of 11,000km of legacy 2D seismic data across all of its acreage offshore Morocco, with the total amount of this work and the portion of it attributable to the Loukos, Casablanca/Safi and Rabat Deep licences exceeding the initial commitment for each licence during their current exploration phase.

The interpretation of these data has allowed the Company to optimise its understanding of the acreage and a significant Mio-Pliocene lead has been identified in the Loukos block that will require 3D seismic data to develop it to drillable status. As a result, Chariot, through its wholly owned subsidiary, Chariot Oil & Gas Investments (Morocco) Limited (75%, and operator), in conjunction with its partner, the Office National des Hydrocarbures et des Mines (“ONHYM”) (25%), has submitted an election to the Moroccan Ministry of Mines and Energy to enter into the First Extension Period in this licence. This next exploration period carries a 250km2 3D seismiccommitment through to 12 January 2016 and Chariot expects to conduct this seismic acquisition programme in 2014. The approval of this entry into the next period remains subject to the final approval of the Moroccan Ministry of Mines and Energy.

As detailed previously, the Company’s Rabat Deep licence has three years remaining in its initial exploration phase. In this region the Company has described a material Jurassic carbonate prospect from the reprocessed 2D seismic data, which will need at least 500 km2 of 3D seismic to develop into a drillable target. There is also a Cretaceous turbidite play identified in this licence area. Traps in this new play are complex and will require additional evaluation to determine the forward work programme. The aim will be to acquire the Loukos and Rabat 3D seismic surveys in the same seismic campaign to optimise costs.

Whilst material potential has also been described in the Casablanca/Safi licence within the Palaeozoic, it is Chariot’s view that the associated risk remains too high to justify the Company’s additional investment. Consequently, Chariot has elected not to enter into the First Extension Period in this licence and so it shall be relinquished and returned to the Moroccan government.

Larry Bottomley, CEO commented: “We are very encouraged by the potential identified in the Loukos block where we have described a material lead within a proven play system. This, as well as the Jurassic Carbonate prospect and the Cretaceous turbidite play identified in Rabat Deep, means that Chariot remains exposed to three petroleum systems offshore Morocco, two of which are proven, with the third currently being tested by third party drilling activities. In line with the strategy we set out this year, we are determined to apply strict capital discipline and focus our efforts on those assets that have the potential for delivering transformational value. With this in mind, we chose to relinquish the Casablanca/Safi licence as we decided that the balance between risk and potential was not in the best interest of our shareholders.

We would like to thank ONHYM and the Ministry for their continued support and look forward to progressing our assets in Morocco.” 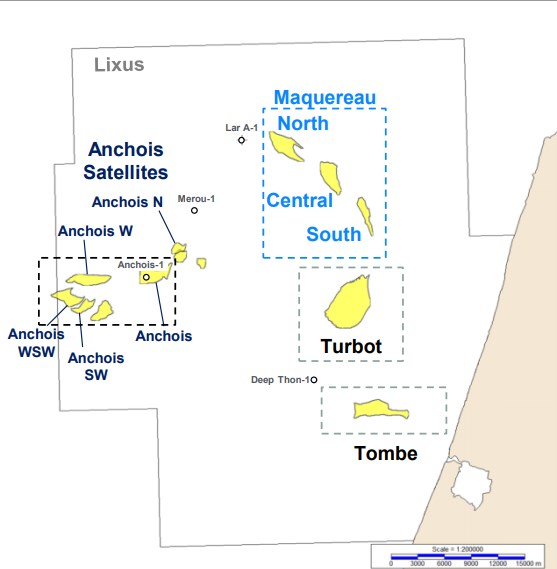