China Harbour Engineering Company (CHEC) has been chosen to build a new port in Ashdod, The Times of Israel reports. Israeli Prime Minister Benjamin Netanyahu said during the signing ceremony that the new facility will serve as an important link in a new east-west trade route.

Construction works on a 1,000m pier and 2.8m of breakwater at a site some 1km north from the current Ashdod Port are expected to start by the end of 2014, and are projected to last for seven years. The project value is estimated at USD 930 million.

Through the new Ashdod Port Israel is trying to provide a safe alternative for east-west trade. Shipments will move from China to be offloaded in Eliat, where the cargo will be transferred onto trains and transported to Ashdod. Cargo will then be reloaded to ships bound for Europe.

Prime Minister Benjamin Netanyahu said on the occasion: “There is a very major change here for the citizens of Israel. First of all we are developing the Ashdod port.

We are talking about something with vision for the future. We are joining Ashdod with the arteries of global trade, and the link from Eilat, which will be carried out via rail, also the link to the Suez Canal and the trade that emerges from it, this will be a great engine for growth not only in Ashdod but for the State of Israel.

This has very major implications. As we open Ashdod to global trade we also increase employment in Israel. We also create further competition which lowers prices.

When there is more competition prices go down and jobs are added. This is good for the Israeli economy and for Israeli citizens, as well as for Israel’s place on the global trade map.“ 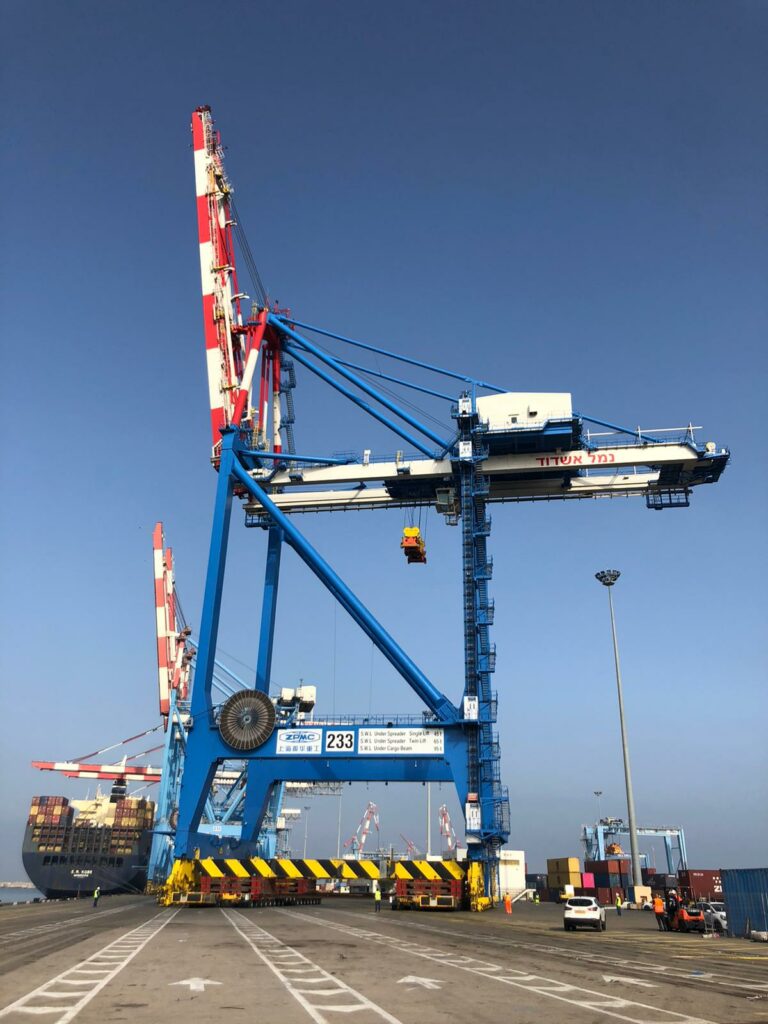