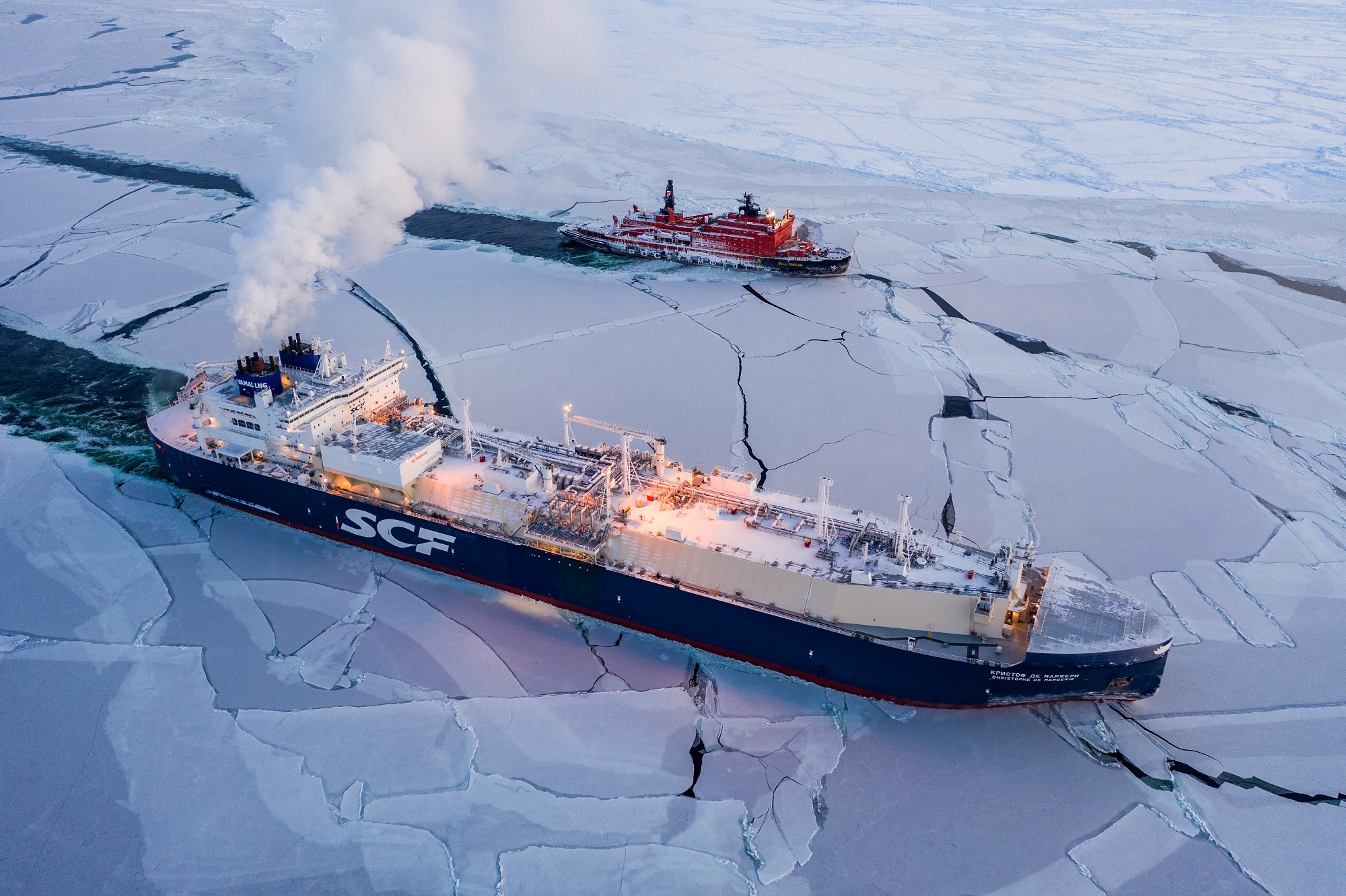 Russian shipowner Sovcomflot’s arctic LNG tanker is transiting the eastern sector of the Northern Sea Route accompanied by an icebreaker on the experimental round trip voyage from Sabetta, Russia to Jiangsu, China.

This is the first time a large-tonnage cargo ship has made such a voyage in February since transit navigation in the east part of the Arctic lasts from July to November.

Christophe de Margerie set sail from Sabetta on 5 January and transited the Northern Sea Route with icebreaker assistance within eleven days. After discharging the LNG cargo in Jiangsu, the vessel started on a return trip on 27 January.

On 7 February, the ship entered the eastern end of the Northern Sea Route at Cape Dezhnev, where it met the nuclear icebreaker 50 Let Pobedy to escort it back through the ice to Sabetta.

On 16 February, the time of the report, the two vessels were approaching the Vilkitsky Strait in the Laptev Sea. The convoy is expected to arrive at Sabetta in the Kara Sea today.

President and CEO of Sovcomflot Igor Tonkovidov said: “The current voyage of Christophe de Margerie significantly expands the navigation window in the in the eastern sector of the Russian Arctic, and confirms that year-round safe navigation is possible along the entire length of the Northern Sea Route… From 2023 to 2025, the company plans to take delivery of 18 new-generation icebreaking LNG carriers to service the Arctic LNG 2 project.”