Advertisement
Back to overview
Home Green marine Clarksons: Which Fleets Are Cross-Traders in Shipping?

Clarksons: Which Fleets Are Cross-Traders in Shipping?

“Going where the work is” has been a familiar mantra for many generations across the world, and the shipping industry is no different, according to Clarksons Research.

In an analysis, the provider of data and market intelligence for shipping industry looks at the top shipowning nations and the trading patterns of their fleets. This analysis is based on the port calls and movements of the oil tanker and bulk carrier fleet only.

Of the top ten owning nations, Greece, Norway, Italy and Denmark come out as the classic “cross-traders”. Ships owned by Europeans call at their domestic ports less than 15% of the time and rely heavily on trade routes involving Asia-Pacific countries.

For nations like Greece (9% domestic port calls), this is a long-standing feature, achieving its number one shipowning status despite a global GDP ranking of 50 and a bulk seaborne trade rank of 47.

The countries where Greek-owned ships call at most often are China (14% by tonnage, 11% by number) and then the US (12%). Indeed for European owners generally, maintaining their share of global tonnage at an impressive 42% for the bulk fleet (45% for all ships) has come despite Atlantic trade stagnating at 3 billion tons in the past fifteen years, while Pacific trade has more than doubled (to 8 billion tons), a dramatic relative increase in trading outside Europe, Clarksons said.

At the other extreme, the Chinese and Japanese fleets come out with over 50% of calls at domestic ports, while the South Korean fleet sits at 38%. As explained, the analysis includes some bunkering calls, notably at Singapore, but also elsewhere.

Although China continues to be well serviced by international owners, its position as the world’s largest importer (25% of bulk cargo), second largest economy and number one seaborne trading nation means that 74% of Chinese fleet port calls are at domestic ports. In fact, 46% of total bulk Chinese port calls by tonnage (55% in numbers) are by domestic owned vessels, 24% by European-owned ships and 24% by other Asian owned units.

The growth of the Chinese bulk fleet (70% since the financial crisis) has begun to catch up with bulk trade growth (81%) but still lags significantly over a fifteen-year horizon (104% compared to 399% growth), Clarksons informed.

Meanwhile, the US fleet comes in with 41% domestic port calls – this includes a large proportion of Great Lakes calls and Jones Act vessels.

Therefore, shipping is truly an industry that must go far and wide to find work. For European owners, this is often a lot further than the “500 miles, 500 more” while for Asian owners, their ships are more likely to be “Homeward Bound”, Clarksons concluded. 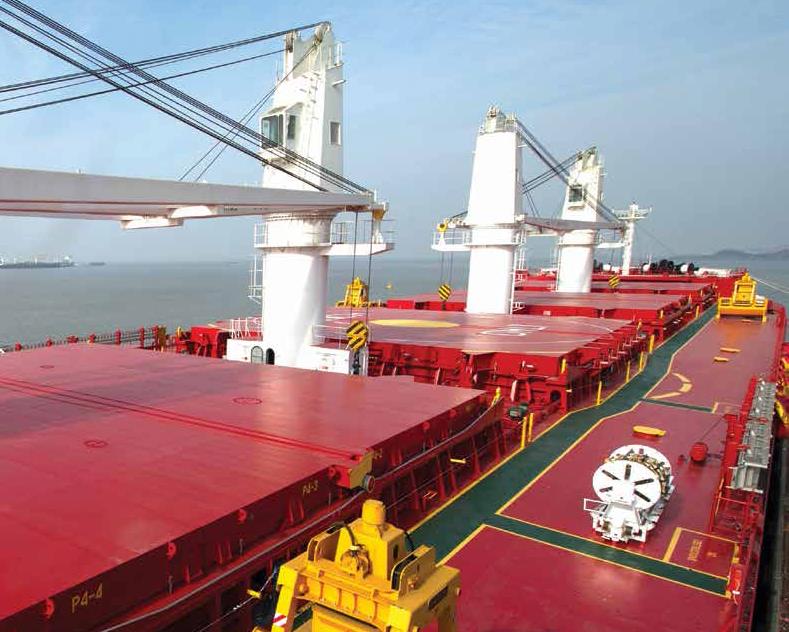