European short sea RoRo specialist CLdN RoRo SA has launched an ambitious expansion program which is expected to include orders for up to 12 new vessels.

CLdN has placed firm orders for two 8,000 lane meter RoRo vessels, with a length of 235m, double the capacity of the majority of today’s larger short sea RoRo vessels.

The company also revealed plans to place orders for further vessels of classes ranging between 4,700 and 8,000 lane meters across various yards, in Europe and in the Far East.

The first orders feature innovative design, offering changeability and flexibility in their deck configuration and will have the “LNG ready” class notation, providing the option for a straightforward conversion to LNG propulsion.

The design allows for the vessel to interchange between short sea RoRo services and deep sea trades.

The first of these new vessels are due to enter service in Quarter 3 2017.

“The expansion programm will allow CLdN to broaden the range of their services whilst also offering a very significant increase of capacity on their existing routes,” the company said in a release.

CLdN currently handles 1 million cargo units and 1 million new cars and vans on an annual basis and the new vessels will generate an additional 70% capacity over the next four years, allowing current trades to expand and new routes to be developed, the company further adds.

In addition, the company’s ports division C.Ro will simultaneously invest circa Euro 100 million in expanding its terminals for the arrival of the next generation vessels. 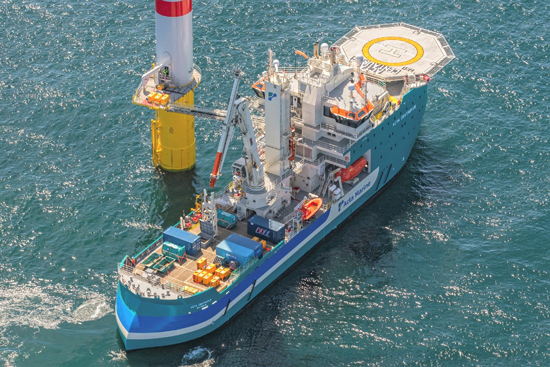