Advertisement
Back to overview
Home Shipbuilding Clear Sailing for Suezmaxes

Several tanker owners have recently placed orders for Suezmax tankers and market pundits have discussed the merits or, in some cases, the potential pitfalls of the renewed interest in this segment of the tanker market, says Poten & Partners in its latest Tanker Opinions.

Poten claims that the last time the Suezmax sector experienced a significant number of of Suezmax tankers ordered was some five years ago. The current fleet contains 52 vessels (representing 12% of the total) that were ordered between December 2009 and June 2010. In hindsight, the timing of these orders was less than ideal. Poten & Partners ask if the situation is different today.

As is usually the case, there are a number of different factors to consider, says Poten.

Among the most important: 1. What is the outlook for this segment? 2. Where are Suezmax newbuilding prices from a historical perspective and relative to secondhand prices?

Despite the recent jitters in the oil markets and some concern about economic growth in China and Europe, the general consensus about the outlook for the tanker market remains cautiously optimistic, Poten says.

According to the Poten’s Tanker Opinions, the Suezmax segment has adjusted well to the changes in global trade flows as a result of the shale oil boom in the United States. While fixtures from West Africa to the U.S. Atlantic Coast have dropped precipitously in recent years, movements to North West Europe, the Mediterranean and India have picked up.

The largest boost for Suezmax employment has been the growth in liftings from the Arabian Gulf. Based on activity to date, reported Suezmax fixtures ex-Arabian Gulf could reach 600 in 2014, compared to 333 reported fixtures in 2012 and 215 in 2010, Poten says.

Another bright spot for Suezmaxes has been the growth in long-haul fuel oil movements from the Atlantic to the Pacific, Poten claims. The number of reported Suezmax fuel oil fixtures has tripled since 2010. Barring a collapse in worldwide oil demand, Suezmax employment should remain fairly healthy in the coming years, projects Poten.

According to the Tanker Opinions, the current Suezmax orderbook stands at 60 vessels or 14% of the existing fleet, similar to the VLCC orderbook, but much lower than the backlog for MR’s.

Another comforting factor Poten sees is the actual orderers themselves. Most of the recent contracts have been placed by experienced Suezmax owners with a proven operational and commercial platform and track record. There is no indication that speculative money is fueling the recent uptick in orders.

Last, but certainly not least, Poten mentions the economics. Prices of modern secondhand vessels have picked up since the market started to recover in late 2013. One year ago, Poten estimated the value of a 5-yr old Suezmax to be USD 38 million. Today’s assessment for the same vessel is USD 55 million: an increase of 45%! This price increase could be a reflection of a positive market outlook as well as a very tight secondhand market, as there are very few modern Suezmaxes from quality yards for sale, the broker says.

Newbuilding prices have not moved nearly as much as secondhand prices over the same time period. Poten’s price assessment for a newbuilding ECO Suezmax is USD 68 million today, only 4% higher than the price a year ago, with some recent orders reportedly done at prices that are even USD 5-10 million lower.

Based on these prices, the 20-year breakeven rate for an ECO newbuilding is in the USD 20 – USD 22,000/day range, and with the 5-year time-charter rate for modern vessels at USD 28,000/day, Poten claims that newbuildings appear to be a fairly attractive investment. 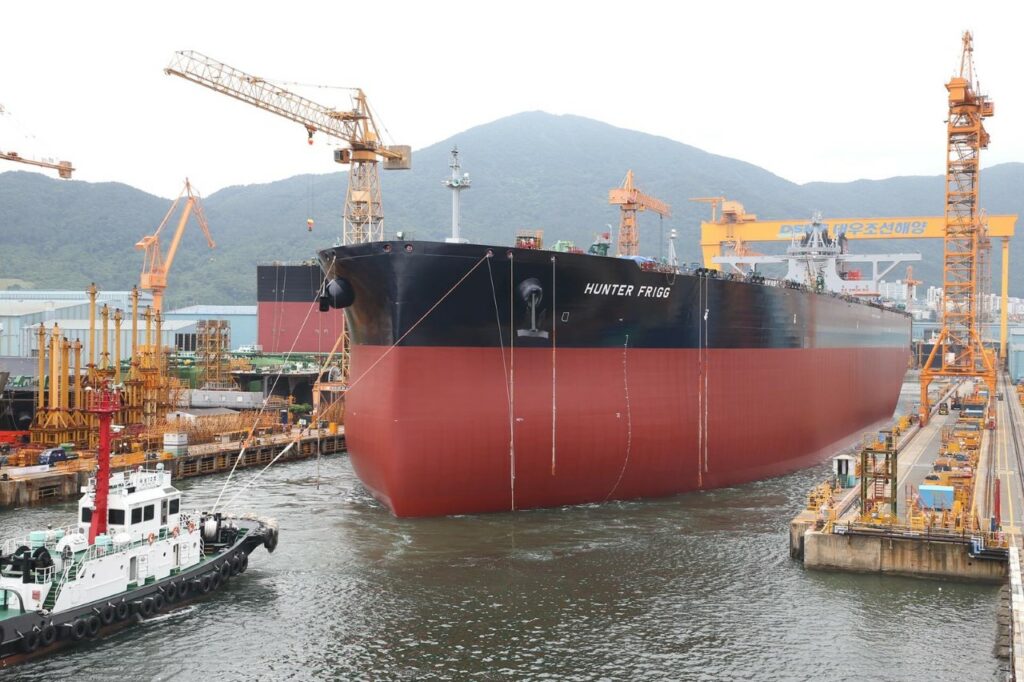