The Amsterdam office of law firm Clifford Chance has been advising Gemini offshore wind developers as lead counsel/project counsel since 2011. The offshore wind farm is the largest renewable energy project in both scope and funding ever conducted in the Netherlands.

Since 2011, Clifford Chance has acted as legal advisor with regard to the structuring of the project, including project documentation for Van Oord and Siemens. In addition, the firm acted as advisor on the subordinated financing of EUR 200 million by the Danish pension fund PKA and Northland Power Inc. and furthermore acted as borrower’s advisor. As project counsel the team also set up the corporate and shareholder structure and governance for the project sponsors. The project involves the participation of a consortium of international banks, investors and export credit agencies.

Hein Tonnaer, counsel at Clifford Chance and team leader: “It is the largest ever project within the Dutch offshore wind energy sector and provides an excellent framework for future renewable energy projects. Despite there being so many different types of parties involved we were able to conduct harmonious negotiations and achieved the full consensus needed to make this project a success. For the last couple of years we have been able to work on this project as a fully integrated team consisting of a wide range of disciplines within our firm, from project management to financial expertise and corporate law.”

The Clifford Chance team that acted as project counsel since 2011 was led by Hein Tonnaer and furthermore consisted, amongst others, of Liesbeth Buiter, Mark Loefs, Nanette Rutgers, Jasper Dijkshoom, Sarah Lewis, Folko de Vries, Willem-Jan Wieland and Tim Heerschop. Clifford Chance Amsterdam has a leading project finance practice including specialists in financial and corporate law. Apart from the Gemini Project, the team has recently acted as advisor to other major Dutch wind projects, such as NOP Agrowind. 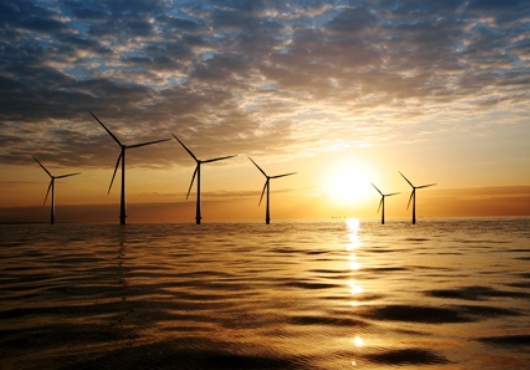