Alexey Miller, Chairman of the Gazprom Management Committee took part in the Board of Directors meeting of the South Stream Transport B.V. joint company in Amsterdam (the Netherlands) on Friday, January 24.

The Board members noted a significant progress of the project. They approved the signing of pipe supply contracts for the first out of four lines of the 931-kilometer offshore gas pipeline and gave a mandate to complete the negotiations on the pipe laying work.

The South Stream Transport B.V. joint company is going to sign contracts for procurement of some 75,000 pipes (diameter – 813 and wall thickness – 39 millimeters) on January 29, 2014. Shortly after, the company will launch a tender for supplying pipes for the second offshore line.

The Board of Directors noted that the negotiations with potential contractors were progressing fast and confirmed that construction contracts for the offshore section should be signed by the end of March 2014.

The South Stream gas pipeline is Gazprom’s global infrastructure project aimed at constructing a gas pipeline with a capacity of 63 billion cubic meters across the Black Sea to Southern and Central Europe for the purpose of diversifying the natural gas export routes and eliminating transit risks.
South Stream’s offshore section will run under the Black Sea from the Russkaya compressor station on the Russian coast to the Bulgarian coast. The total length of the Black Sea section will exceed 930 kilometers and its maximum depth will be more than two kilometers.
A 1,455-kilometer onshore section will cross Bulgaria, Serbia, Hungary and Slovenia. The gas pipeline will end at the Tarvisio gas metering station in Italy. Gas branches from the main pipeline route will be built to Croatia and to Republika Srpska.
On September 16, 2011 the Shareholders Agreement of South Stream Transport B.V. was signed for the construction of the offshore gas pipeline section. According to the document, Gazprom holds a 50 per cent stake in the project, Italian Eni – a 20 per cent stake, German Wintershall Holding and French EDF – 15 per cent stakes each.
In December 2012 the South Stream gas pipeline construction started near Anapa in the Krasnodar Territory. On October 31, 2013 the first joint was welded at South Stream’s Bulgarian section near the Rasovo CS site. On November 24, 2013 a ceremony of welding the first joint of the Serbian section of the South Stream gas pipeline took place in the vicinity of Sajkas village, South Backa District. The first gas will be supplied via South Stream in late 2015. 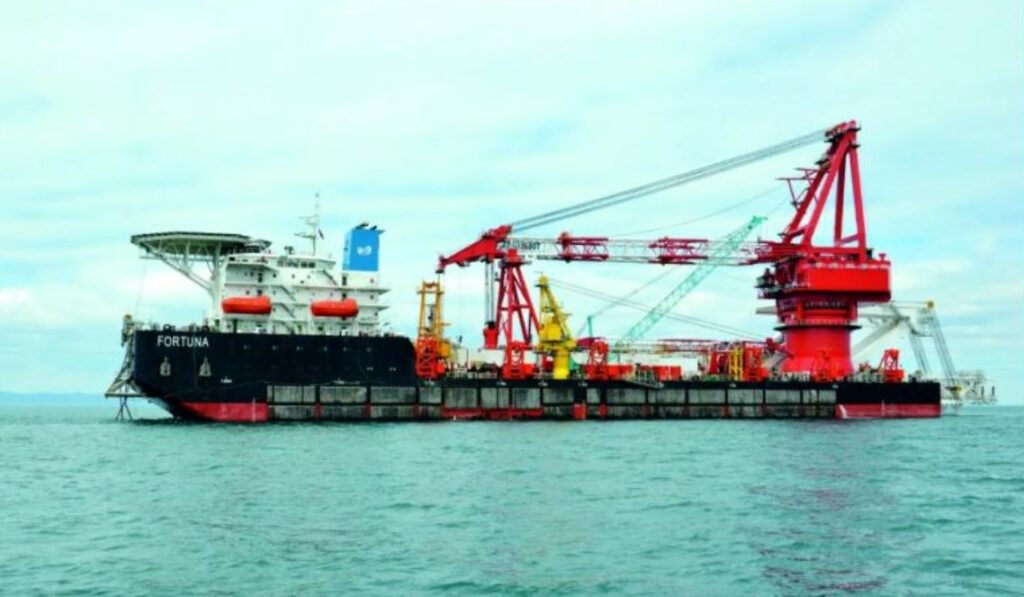