Cooper Energy has declared a final investment decision (FID) for the Sole gas project following the announcement of a fully underwritten finance package to complete funding for the project and to fund other opportunities and commitments in the company’s portfolio.

The project will develop the Sole gas field located in VIC/ L32 in the Gippsland Basin offshore Victoria to supply 25 PJ per year to gas users in south-east Australia. Cooper Energy is the 100% interest holder in the Sole gas field.

Cooper Energy Managing Director David Maxwell said that the announcement was a milestone for the company. “Today’s FID declaration is the culmination of 5 years’ effort under our gas strategy to identify, secure and develop gas resources best placed to supply south-east Australia with a new source of gas supply.”

“We now have a fully funded gas project that is proceeding on schedule to deliver a new gas supply to south-east Australia in 2019,” he said.

On current equities, Sole will deliver gas sales of 24 PJ or 4 million barrels of oil equivalent (boe), per annum to Cooper Energy, roughly four times the company’s production in FY17.

Approximately 75% of the field’s gas has been contracted under long term agreements with AGL Energy, EnergyAustralia, Alinta Energy and O-I Australia.

Cooper noted that declaration of Sole FID fulfills one of the principal outstanding conditions for the completion of the agreement with APA Group from June, whereby APA will acquire, upgrade and operate the Orbost Gas Plant to process gas from Sole. The other outstanding conditions include financial close for the debt financing and other regulatory approvals.

The company’s gas sales agreements with AGL, EnergyAustraila, Alinta Energy and O-I Australia were subject to Sole FID. This condition precedent has accordingly been satisfied.

Cooper has proved and probable reserves for the project. The company’s total 2P Reserves post the upgrade are 54 million boe of which 305 PJ or 52 million boe are gas.

Cooper already awarded a contract for the subsea tie-back of the Sole well to the Orbost Gas Plant, including the fabrication and installation of 64km of pipeline, spool and manifold, along with installation of a 64km umbilical and the commissioning of the system to Subsea 7. Offshore operations will start in 2018. The rig contract has been awarded to the Diamond Offshore-owned semi-submersible drilling rig, the Ocean Monarch, which is scheduled to start in March 2018.

First gas from the Sole gas project is planned to be delivered to the Orbost Gas Plant in the March quarter of 2019. 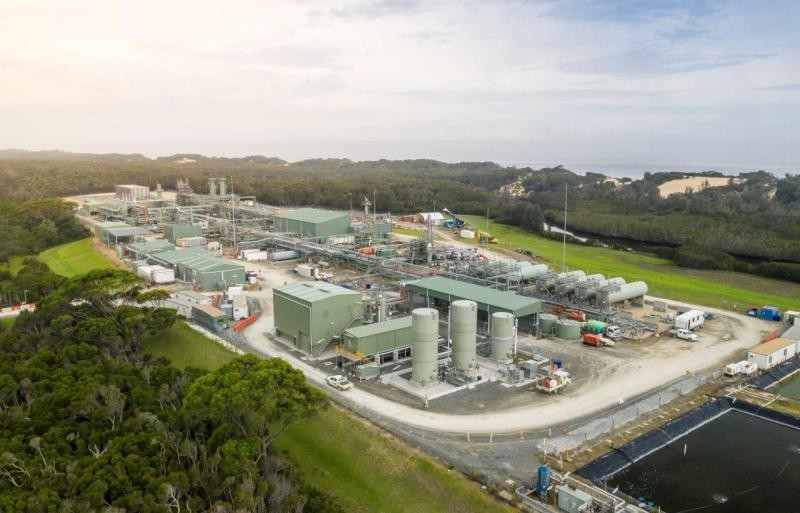