CorPower Ocean’s Portuguese operation continues to gather pace with the qualification of its composite hull fabrication facility, ahead of the flagship HiWave-5 deployment later this year.

The facility, located in the Port of Viana do Castelo, has been operational since the beginning of 2021.

CorPower Ocean’s composite team has in cooperation with machine and materials suppliers now reached an important milestone with the qualification of the fabrication process.

The process characterization work has been performed on a quarter-scale models of the company’s upcoming C4 hull design, which has allowed rapid iterations with continuous tuning and methodology to reach the targeted quality and material properties.

With this process qualification milestone reached, the facility is now preparing for fabrication of full-scale hulls, according to CorPower Ocean.

The composite manufacturing facility in Viana do Castelo is part of a broader plan to establish a world-class R&D, manufacturing and service centre for wave energy converters.

The €16 million investment plan will underpin long-term development of supply and service capacity for commercial wave energy farms, according to CorPower Ocean.

It follows an agreement signed with port authority APDL – Administração dos Portos do Douro, Leixões and Viana do Castelo – in summer 2020.

The northern Iberian region boasts a wealth of engineering expertise from adjacent sectors including offshore wind, composite manufacturing and shipyards.

It is further supported by top-level universities and industrial infrastructure such as ports and active grid connections allowing effective upscaling of operations.

CorPower’s goal is to successfully introduce certified and warrantied wave energy converters to the market by 2024, making wave energy a bankable technology that can attract mainstream renewable project finance.

The HiWave-5 project will see the deployment of the company’s commercial scale C4 device. Measuring 9 metres in diameter, and weighing 60 tonnes, the device will be rated at 300kW.

The ocean installation is planned later in 2021 at the Aguçadoura site in Portugal.

This will be followed by three additional CorPower C5 machines in 2023 to form a pilot array and secure type certification, according to CorPower Ocean. 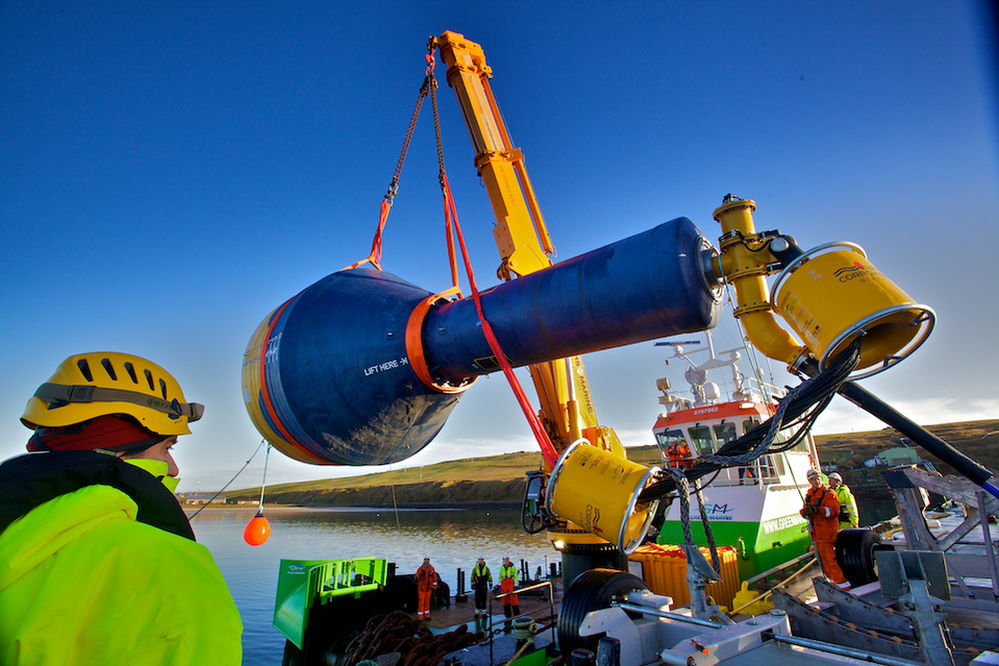