The final investment decision for the floating LNG terminal on the Croatian Island of Krk was adopted on January 31, 2019.

The decision was adopted based on the results of the binding Open Season procedure which determines future revenues of the project, the projection of capital expenditures in relation to the conducted procurement procedures for FSRU vessel and EPC works (construction of jetty with auxiliary facilities and high-pressure connecting gas pipeline for the receiving LNG terminal) and the projections of required investment by LNG Croatia shareholders.

The procurement process of the FSRU vessel was carried out in November 2018, during which the bid from Golar was evaluated as the most economically advantageous, offering a new conversion of the existing LNG tanker to the FSRU vessel worth EUR 159.6 million.

The LNG carrier in question is the 2005-built Golar Viking, which is scheduled to arrive at the LNG terminal location between September 30 and October 30, 2020, following conversion works.

In January 2019, the procurement procedure for the engineering, procurement and construction of jetty with the auxiliary facilities and connecting high-pressure gas pipeline for the receiving LNG terminal was undertaken. The bid from the consortium Pomgrad, GP Krk and STSI in the amount of EUR 58.4 million was evaluated as the most economically advantageous. According to the deadlines for construction, the expected start of the works is end of March / beginning of April this year.

LNG Croatia informed that, in addition to the grant received by the European Commission in the amount of EUR 101.4 million, a further grant of EUR 100 million was obtained as per Government’s Decision on financing the first phase of the project for the floating LNG terminal on the Island of Krk which was adopted on January 30, 2019.

In accordance with the conducted procurement procedures the total capital expenditures of the project have been reduced to EUR 233.6 million. The Croatian Government would finance the first phase of the project with which a grant in the amount of EUR 100 million was provided.

The remaining part of the required capital expenditures in the amount of EUR 32.2 million would be provided by LNG Croatia shareholders through increase in equity. 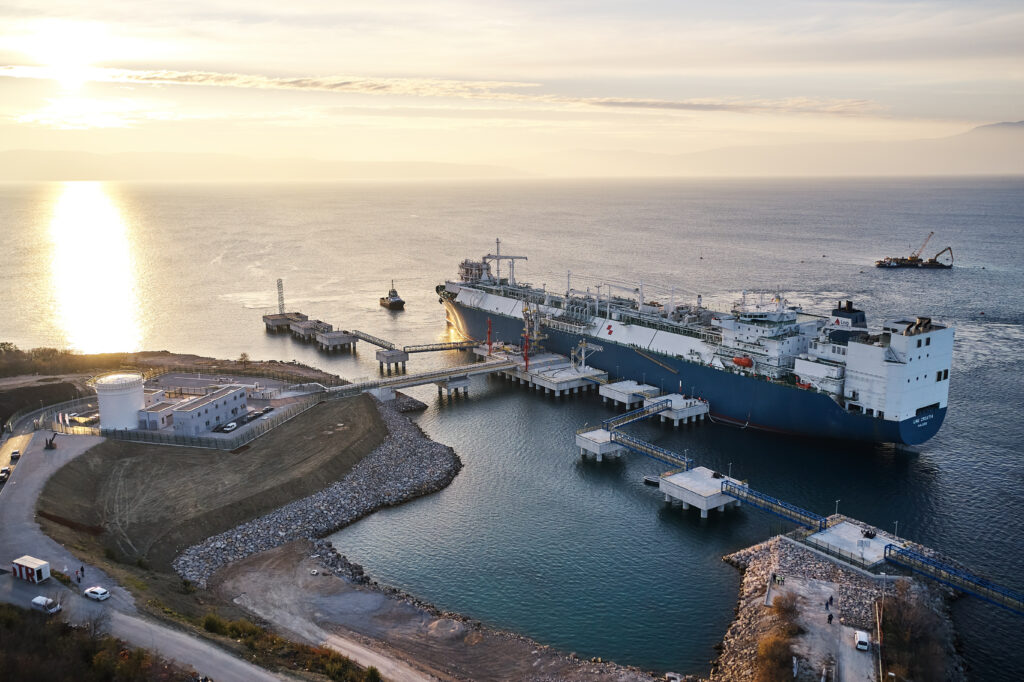