Cyprus-based shipping company Diana Wilhelmsen Management Limited (DWM) has been sentenced to pay a $2 million fine by the US federal court for violating the Act to Prevent Pollution from Ships that occurred on the dry bulk vessel MV Protefs.

In pleading guilty, DWM admitted that crew members onboard MV Protefs knowingly failed to record in the vessel’s oil record book the overboard discharge of oily bilge water from mid-April 2020 until before the vessel arrived in Newport News, Virginia, on 10 June 2020.

“We are firmly committed to enforcing federal environmental laws and will not tolerate conduct that pollutes our water, imperils natural ecosystems, and endangers our wildlife,” said Acting U.S. Attorney Raj Parekh for the Eastern District of Virginia.

“As this case demonstrates, those who contaminate our most precious natural resources by illegally dumping hazardous waste into the ocean will be held accountable, especially when they falsify their records to avoid detection.”

“Holding shipping companies to account when wastes are unlawfully discharged overboard, and covered up through falsified documents, is vital to protecting our environment,” Assistant Attorney General Todd Kim of the Justice Department’s Environment and Natural Resources Division added.

The chief engineer, Vener Dailisan, pleaded guilty for making a false statement to US Coast Guard inspectors about the accuracy of the oil record book. He was sentenced to a fine of $3,000 and placed on probation for two years.

Besides getting a $2 million fine, DWM was placed on probation for a period of four years, and ordered to implement a comprehensive Environmental Compliance Plan as a special condition of probation.

The 225-meter long vessel is currently sailing under the flag of Bahamas. 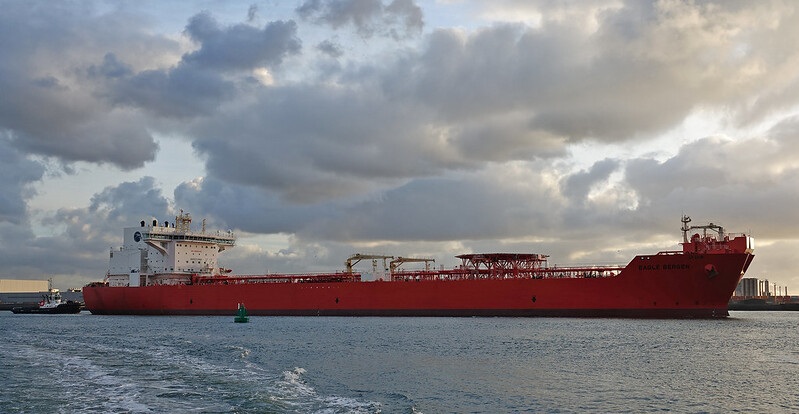