DeepWell has been awarded a four year contract with Lundin for wireline services on the Edvard Grieg field, in the Norwegian North Sea.

The contract also includes two options for a one year extension. The contract applies to all cased hole services, including tractor and electric wireline logging, and will be carried out in collaboration with Welltec and a major service company.

The contract will start immediately, servicing the Rowan Viking rig which is currently pre-drilling on the Edvard Grieg field. The scope of the work will later be expanded to include the Edvard Grieg platform once this is in place in the second half of 2015.

“With this award, DeepWell strengthen their position as a key player within well service on the Norwegian Continental Shelf,” says CEO in DeepWell, Martha Kold Bakkevig. “With modern wireline equipment optimized for integrated operations (IO), and with increased use of Real-Time data as a decision support tool, we will contribute to safer and more efficient offshore operations in both the planning and execution phase.”

The Edvard Grieg field (formerly named Luno) is an oil and gas field located in the North Sea. The field is planned to encompass 11 production wells and 3 water injection wells.

The production capacity is 125 000 barrels and 4 million scm per day. The fields contains the equivalent of 183 million barrels of oil in proven and probable reserves, which will be produced during a 20 year period. Edvard Grieg is being developed as a field center for future connections, including the Ivar Aasen field. 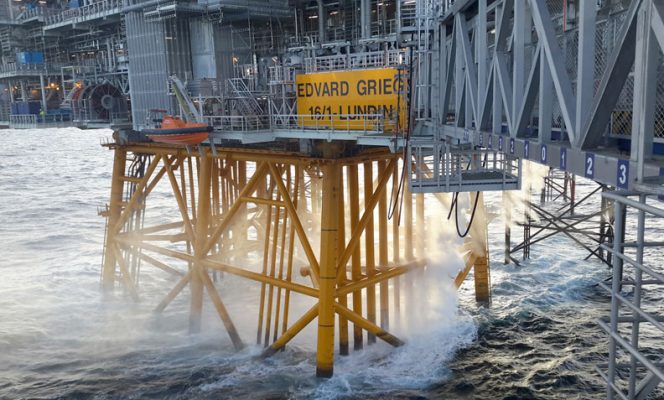