Deltares and HSM Offshore have updated the scour protection design for the Borssele Alpha and Beta offshore high-voltage substation (OHVS) platforms that connect offshore wind farms in the Borssele Wind Farm Zone, the Netherlands, to the grid.

Deltares performed model tests in 2016 to investigate scour development and conceptual scour protection for TenneT’s platforms, while a year later HSM Offshore won a contract to construct and install both platforms with Deltares assisting with the scour protection designs.

“Using the knowledge from the earlier model tests and our experience with similar structures in the field, an optimal scour protection layout is developed,” said Hendrik Jan Riezebos, Offshore Expert at Deltares.

“This saved HSM Offshore the exercise of performing additional model tests, and furthermore provided input on secondary effects like edge scour and the effect the installation vessel’s spud can footings.”

The Borssele Wind Farm Zone comprises five sites, including Borssele I & II, developed by Ørsted, Borssele III & IV by a consortium of Shell, Van Oord, Eneco and Mitsubishi / DGE, and the Borssele V site which has been earmarked for offshore wind demonstration activities.

The Borssele Alpha and Beta platforms, each with a capacity of 700MW, are the first Dutch large-scale grid connections which will be constructed under the National Energy Agreement for offshore wind farms.

The installation of the Borssele Alpha foundation is planned for the second half of this year, with the full OHVS platform scheduled for completion in 2019. Borssele Beta is planned for 2020. 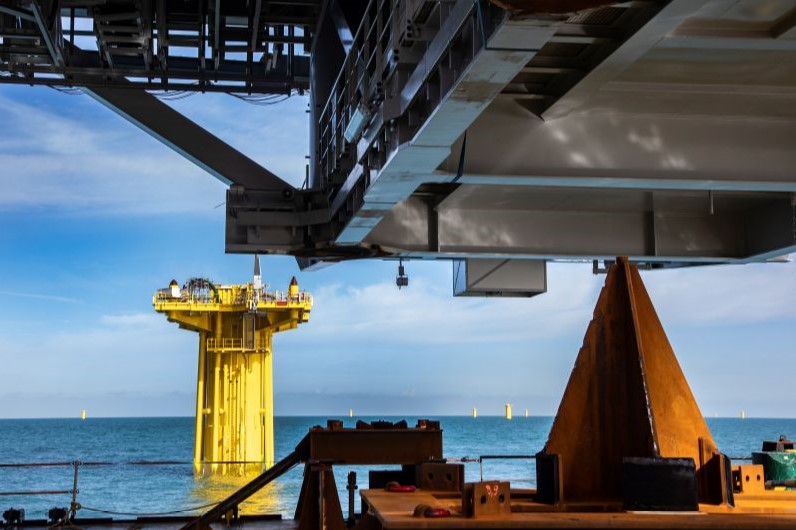