Liquefied natural gas, as an alternative fuel, has the potential to diversify the energy supply and reduce the carbon footprint of road freight transport and transported goods. This is the result of a study carried out by the Deutsche Energie-Agentur (dena) – the German Energy Agency.

“dena supports the EU Commission’s strategy of establishing LNG as an alternative to diesel,” says dena’s Chief Executive Stephan Kohler. “However, to ensure the successful launch of LNG in the transport market, politics and industry must act in concert. Industry will not invest in LNG filling stations or LNG trucks until the government provides reliable framework conditions.”

Between 1990 and 2012, emissions produced by heavy-duty road transport increased by 40 percent and are expected to rise further. LNG trucks are already operating successfully in the UK, Sweden, the Netherlands and the USA. In contrast, Germany has neither LNG filling stations nor LNG test truck fleets.

The EU’s “Clean Power for Transport” strategy requires Germany to develop a national policy framework advancing the establishment of LNG filling station network by 2016. The dena study investigates the potential of LNG in heavy goods vehicle traffic and suggests actions promoting the LNG market launch. Key political proposals include specific targets for the establishment of LNG as a fuel, swift extension of the energy tax reduction on natural gas and biomethane, and the integration of gas-powered commercial vehicles in public fleets.

“The market alone will not lead to the desired result – the government has to coordinate the launch of LNG in the transport market politically, for instance in the context of an inter-ministerial platform,” says Stephan Kohler. “A good example of a government-supported market development platform is dena’s Initiative for Natural-Gas-Based Mobility.”

Natural gas is the cleanest fossil fuel, and can be further improved by admixture of biogenic or synthetic methane. With today’s technology, the use of a mixed fuel consisting of 80 percent LNG and 20 percent biomethane could prevent approx. 240,000 tons of CO2 per year compared to diesel at a road haulage fuel market share of four percent. Via the introduction of new efficient engines, vehicle manufacturers intend to achieve a carbon footprint reduction of ten percent or more with pure LNG as of the year 2015.

The use of LNG in heavy goods traffic has further advantages. The gas is imported via tanker ships, which increases independence from mineral oil and pipeline gas. Due to the fuel’s high energy density, LNG trucks can cover long distances. Furthermore, LNG-powered trucks are quieter than their diesel equivalents, thus reducing the noise created by goods deliveries or rubbish collections in inner cities. 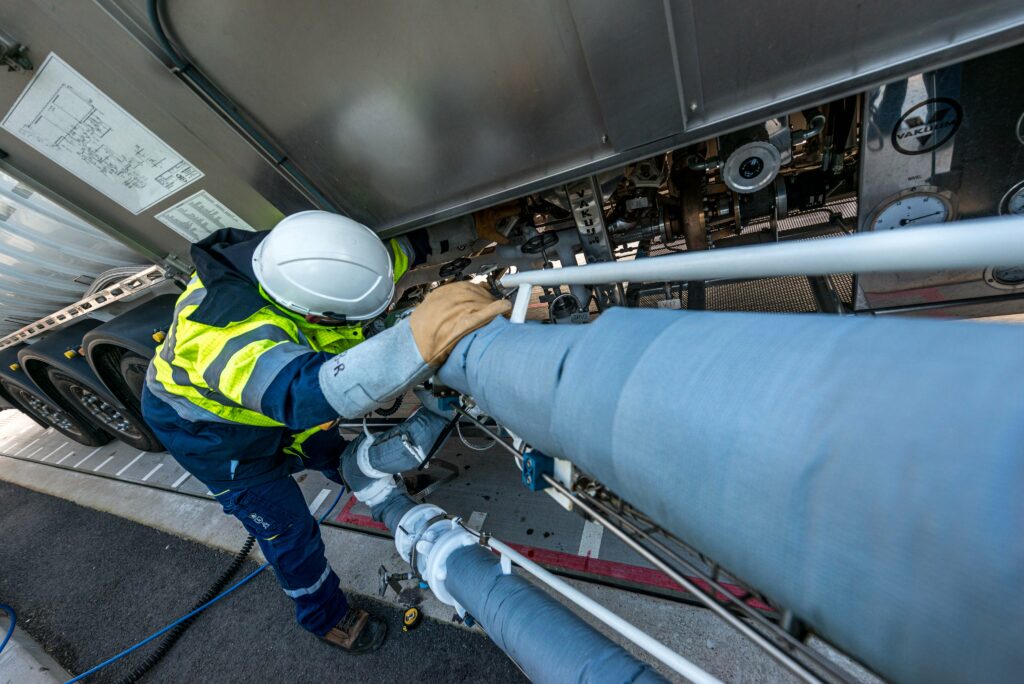