Dragados Offshore has won a contract from Mærsk Oil and Gas for the Tyra East G & Tyra East H jackets for the ‘Tyra Future Development Project’, both to be installed in the Danish sector of the North Sea.

Dragados Offshore’s scope of work includes project management, HSEQ management, procurement, construction (ePC), preservation, preparation for sail-away including load-out, sea-fastening and handover of the Tyra jackets TEG (jacket for the process and utility platform) and TEH (jacket for the accommodation platform).

The weight of the TEG jacket is approximately 6.300 tons & the TEH jacket weighs close to 4,000 tons (both excluding piles).

The project will be carried out in Dragados Offshore’s facilities in Puerto Real, Cadiz, Spain. Starting immediately, the jackets are scheduled to leave Dragados Offshore premises in the spring of 2020.

With this contract Dragados Offshore welcomes Maersk Oil and Gas as a new client, and consolidates its position as a leader in the development and execution of offshore projects for the Oil & Gas industry. 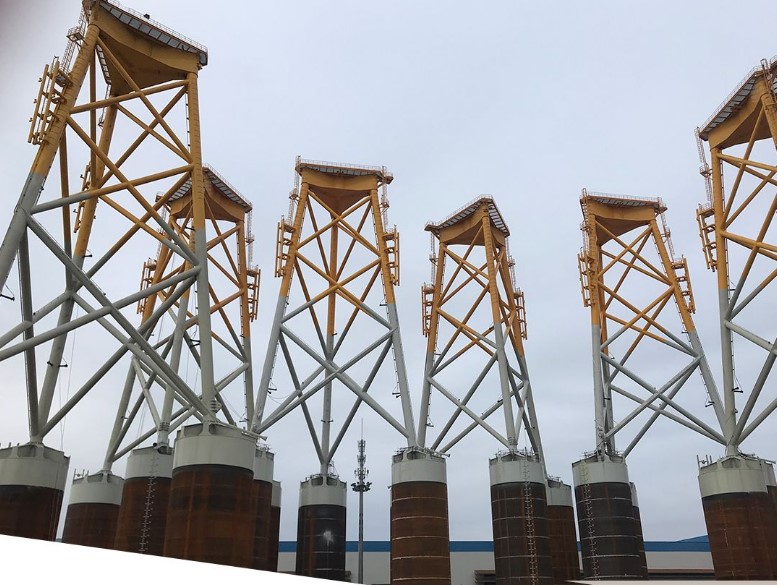