Draka Offshore announced today they have been awarded the array cabling contract for the Walney 2 project from Dong Energy in Denmark. This announcement follows the recent completion of the company’s expansion to its subsea production facility.

“The Walney 2 project represents our first major wind farm project following our expansion,” said Martin Dale, commercial director for subsea for Draka Offshore. “We have been delivering subsea power cables to the oil and gas and utility sectors for more than 30 years and this new project demonstrates our ability to deliver the same consistent quality for offshore wind.”

The contract requires Draka to deliver approximately 60 kilometers of 36kV subsea power cable for use in the Walney 2 project. In addition to managing all logistics associated with delivering the subsea cable to the site, Draka will provide a range of accessories, coordinate installation of accessories and provide commissioning of the circuits.

Located in the East Irish Sea, approximately 15 kilometers west of Barrow-in-Furness in Cumbria, UK, the Walney project will deliver clean, renewable energy to more than 320,000 homes. The Walney 2 project consists of 51 – 3.6MW turbines, with cables buried to a depth of approximately two meters, and will commence installation in the summer of 2011.

The Walney 1 and Walney 2 projects will be constructed sequentially, leading to periods of intense construction activity. Dong Energy is positioning the installation vessels using state-of-the art technology for pin-point accuracy and needs cable providers like Draka to deliver on time and collaborate with the company and other subcontractors to achieve success.

Draka Offshore is a full service, engineering leader that delivers complete and highly valued cabling solutions to the offshore wind, oil and gas and subsea markets. Draka has 11 production facilities and distribution in all major oil and gas markets. The division has more than 100 products available that meet the strict SATS, IEEE, IEC and NEK industry standards, abide by LRS, ABS, DNV, BV & GL rules and comply with U.S. and Canadian Coast Guard regulations that govern the use of wire and cables. Draka Offshore is a part of the Industry and Specialty Group of Draka Holding N.V. For more information about Draka Offshore please visit the company’s website (https://www.drakaoffshore.com ).

Draka Holding N.V. (Draka) is the holding company of a number of operating companies that are active worldwide in the development, production and sale of cable and cable systems. Draka’s activities are divided into three groups: Energy & Infrastructure, Industry & Specialty and Communications. Within these three groups, the activities are organized into divisions. Energy & Infrastructure consists of the Europe and Asia-Pacific divisions; Industry & Specialty consists of the Automotive & Aviation, Elevator Products, Cableteq USA and Industrial divisions and the Communications Group is comprised of the Telecom Solutions, Multimedia and Specials, Americas and Optical Fiber divisions. 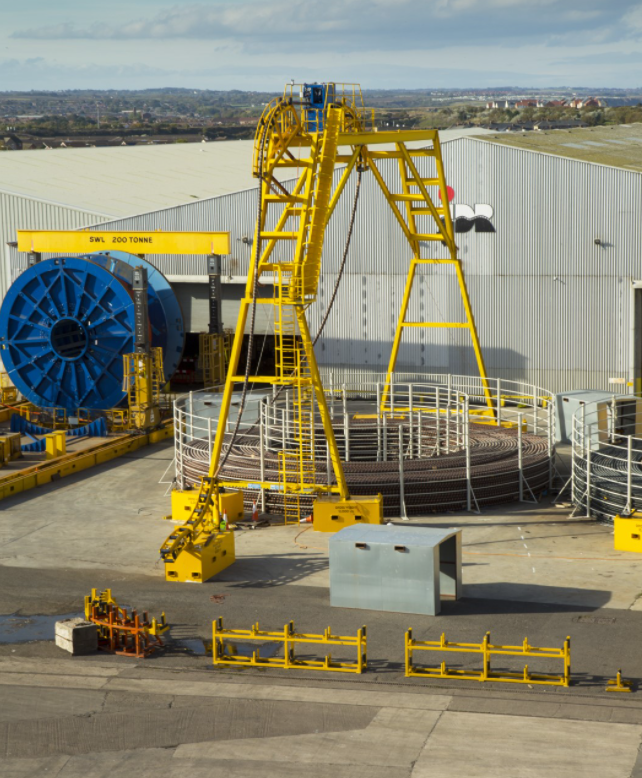