Two new joint industry projects (JIPs) have been launched to develop standards for how floating solar systems are designed, manufactured, installed and operated in a safe and cost-efficient manner.

The floating solar industry passed the waypoint of 3GW installed capacity in 2021 and has an expected portfolio surpassing 10GW by 2025. With a theoretical potential only on inland man-made water as high as 4TW, the industry is expected to grow significantly in the coming years, according to DNV.

To ensure that the industry maintains trust from investors and regulators it is crucial to develop the knowledge about the systems and applied technology to make sure that these complex systems are designed, manufactured, installed, and operated in a safe and cost-efficient manner.

By compiling this new knowledge into design standards, it will be possible for the industry to apply it directly in their projects, DNV expects.

Currently, the industry is relying on in-house knowledge, but with such a rapid growth it will be beneficiary for all partners to join their efforts so that the cost level can be reduced while at the same time develop state-of-the-art technologies and design philosophies.

DNV started on the road to standardization by publishing the world’s first design guideline of floating solar systems in 2021, which according to the certification society, has already been widely adopted in the industry.

The next step is to develop design standards including safety factors and design methodologies that are optimized to a wide range of floating solar systems. This work will be carried out through two dedicated JIPs, respectively deepening the most relevant requirements for the design and analyses of the anchoring and mooring systems and design and testing of floaters for the use in floating solar photovoltaics.

Once the design standards are available, they can be used directly as specifications for what is required when developing a project or a specific design. This will ensure that the systems will be safe and that the design methodologies can be optimized and standardized to help further reduce costs, according to DNV.

Christoph Kutter, R&D engineer for floating solar project at BayWa r.e., said: “After the success of the JIP for the Recommended Practice (RP-0584), these new joint efforts are the next step forward to keep promoting quality in the floating solar industry. We believe the development of standards for floats, anchoring and mooring will provide more clarity, more quality and facilitate permitting processes and regulations.”

Petter Grøn, naval architect at Ocean Sun, added: “The two JIPs are a great initiative to improve bankability and prevalence of floating solar photovoltaics (FPV) across different technologies for floats, such as membranes, pure floats, and rafts. With a focus on effective mooring techniques and simulation tools, these projects can further increase the attractiveness of FPV as a novel technology, while optimizing the risk/cost aspect of floating solar.”

Floating solar industry comes together under a joint aim

The two JIP consortiums met in the Netherlands on September 19, 2022 to kick off the project and discuss the most pressing issues for the JIPs to cover.

By using the recently published DNV Recommended Practice DNV-RP-0584 Design, development and operation of floating solar photovoltaic systems, the industry has a starting point that can be used to further build the way to a standardized and streamlined industry.

With participation from key stakeholders from developers, designers, concept owners and research bodies, the JIPs will have a strong standing point when applying the output across the globe and together with different regulatory bodies, DVN said.

The five observers in the JIP for Anchoring and Mooring Design for FPV: MARIN, NTNU, SINTEF, TNO, and TU Delft. 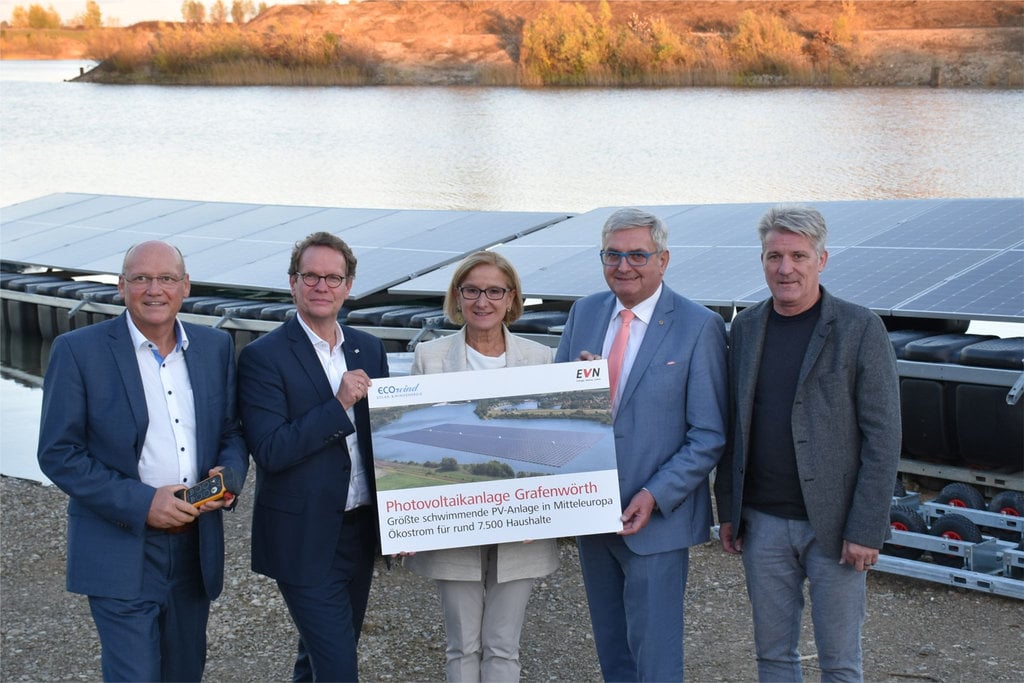