The 2010-built ship was sailing some 280 km east of the northern tip of the Philippines when it sent out a distress signal due to rough weather brought by a typhoon in the area.

Reports indicate that the remaining crew members were rescued by three nearby vessels. At the time of the incident, the Hong Kong-flagged ship was crewed by 26 sailors, all of whom are allegedly of Indian nationality.

The ship was on its way from Indonesia to the port of Lianyungang in China.

Japan’s coast guard sent two patrol boats and three air planes to search the area for the missing sailors, however, the search and rescue operation is hampered by inclement weather conditions. 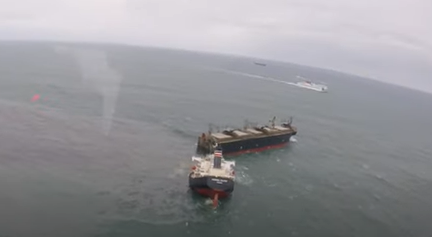