Enagas: Musel LNG Terminal to be Mothballed After Completion, Spain

Even though the construction of 7 billion cubic meter/year terminal at Musel is nearing its completion and should be running until the end of the year, it will not be put into operation immediately due to insufficient gas demand.

Following a governmental decree, issued in March, the terminal will be put into “hibernation period” thus saving up to Eur67 million ($88 million) in regulated costs on annual basis.

According to, Antonio Llarden, the CEO of gas infrastructure operator Enagas, which has been contracted for construction of the terminal “it will not be brought online until demand justifies it,” Platts informed.

Namely, analysts predict a rise in gas demand in 2012 of up to 2.5%, followed by a surging demand for LNG having in mind the ongoing interest for pollutant free energy sources. Based on the fact that Enagas recorded a 30% increase in international LNG sale in 2011, the company forecasts a rise in LNG demand in the upcoming period which could pave the way for operationalization of the terminal.

The facility of 300,000 m3 LNG storage space, featured in two tanks of 150,000 m3 capacity and 800,000 m3/h emission capacity will be piping gas between Musel and Llanera, where it will be connected to the already operating gas pipelines in Galicia, León and Cantabria. The design of the facility allows extension of both its storage capacity and emission totaling to 1,200,000 m3/h.

As Llarden pointed out, the Spanish Government plans to construct another LNG terminal on the Canary Islands, which should be included in a new infrastructure plan, covering the period 2012-2020 and Enagas already has its eye on the potential construction. 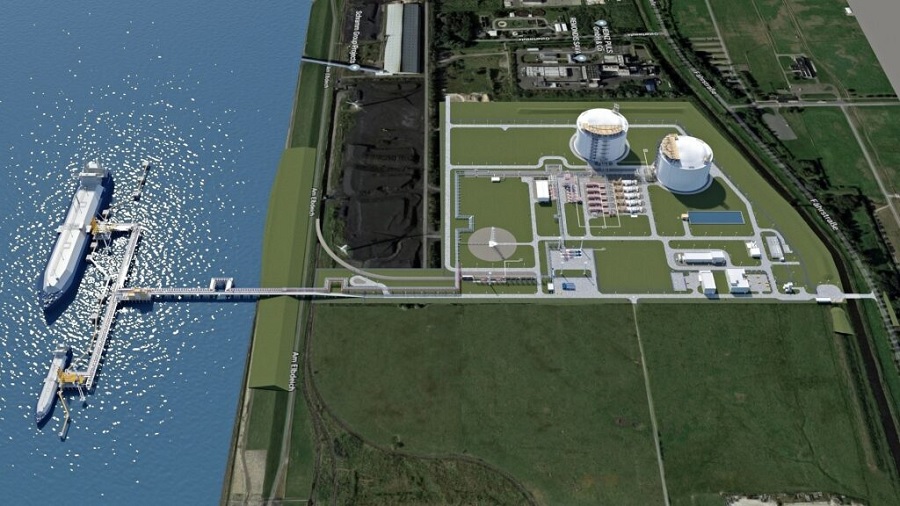