Enagas, Port of Barcelona to set up LNG distribution hub

Spanish LNG terminal operator, Enagás and the Port of Barcelona signed a deal to set up new logistics services for LNG at the Barcelona regasification plant.

The deal involves initiatives to be developed jointly to convert the Port of Barcelona into an LNG distribution hub in the Mediterranean, according to a statement issued on Wednesday .

Both the Port of Barcelona and Enagás are “firmly committed to natural gas, which is currently internationally recognised and promoted as a fuel for the transportation of goods” as an alternative to conventional fuels derived from crude oil, the statement said.

The main benefit that changing to this fuel will bring to the Port of Barcelona will be a reduction of gaseous and particulate matter, resulting in “improved air quality for the environment and the city”.

The presence of an LNG supply infrastructure in the port itself is essential to encourage the promotion of LNG as an alternative transportation fuel, the statement said.

The Enagás-operated Barcelona LNG terminal, that was commissioned in 1969, is the oldest regasification plant in Spain. It currently has six tanks, with a total LNG storage capacity of 760,000 m3 and an emission capacity of 1,950,000 m3 (n)/h.

According to the statement, the deal will afford greater speed to the supply chain that is needed to convert the Port of Barcelona into an LNG distribution hub in the Mediterranean.

These actions include the adaptation of a berth from which LNG can be supplied to barges and small-size ships; the modification of a barge to supply LNG to ships and the design and installation of an LNG-fuelled natural gas engine to generate electricity and supply it to a cargo ship during its stay in port.

The actions also include the transformation of two straddle-carriers (terminal equipment) in the two container terminals of the Port of Barcelona (TCB and BEST) to be powered by LNG, and the design of a natural gas powered tug. 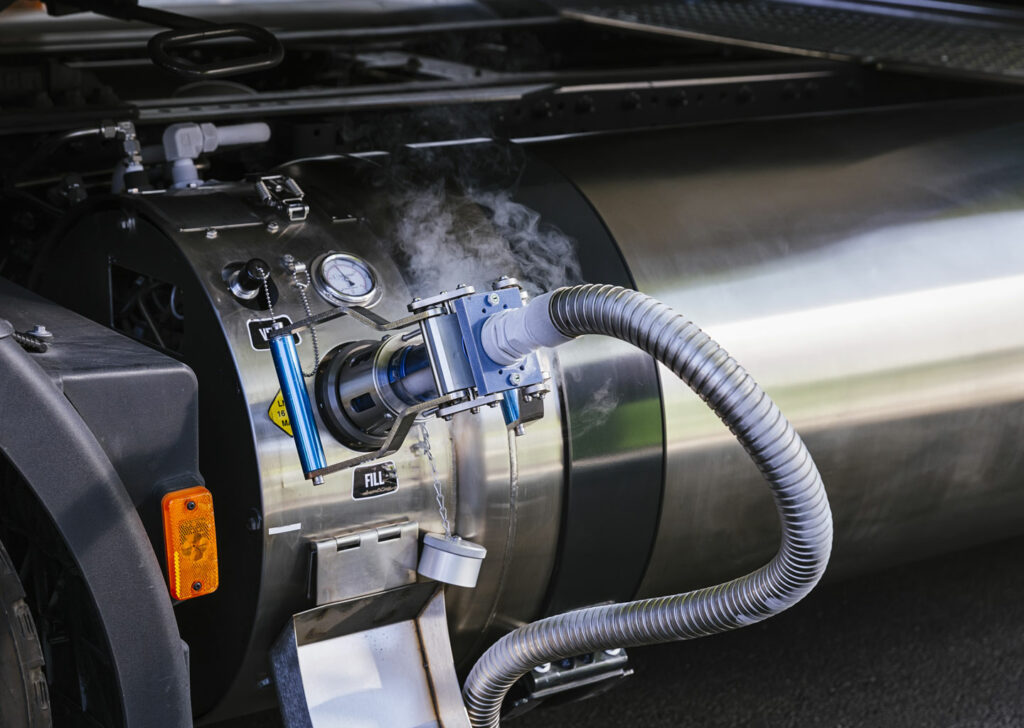