The company noted that in 2019, it reached an agreement for the acquisition of approximately 30 percent of the US energy company Tallgrass Energy.

This transaction, which was carried out in two stages (in March and December) and which is pending final closure this year, will involve a total investment for Enagás of $1.6 billion, Enagás said.

In order to finance the purchase of Tallgrass, Enagás performed its first-ever capital increase in December 2019, for an amount of €500 million.

In addition to Tallgrass’ contribution since April, Enagás’ annual income statement also records the noteworthy positive impact of the stake in the Greek operator of the natural gas transmission network, DESFA, and the investments made in the Quintero LNG regasification plant in Chile and in TgP in Peru.

The total demand for natural gas in Spain grew by 14 percent in 2019 compared with the previous year and stood at 398 TWh, the highest figure since 2010.

In 2019, industrial demand for natural gas amounted to 214 TWh, the highest figure since disaggregated data on industrial consumption has been available, and it grew in practically every industrial sector, particularly in the services sector.

The lower share of coal in the thermal gap has enabled a 25 percent reduction in CO2 emissions in electricity generation, which meant avoiding the emission of 14 million tonnes of CO2.

As part of the company’s role in energy transition, Enagás is promoting mobility initiatives using liquefied natural gas (LNG). Thanks to the projects for replacing traditional fuels with LNG in maritime transport (bunkering and small-scale) in which the company is participating, emissions of between 2 and 4 million tonnes of CO2 will be avoided up to 2030.

With regard to the progress of international projects, the commercial start-up of the Trans Adriatic Pipeline (TAP) is expected for 2020, with 92% of this project now completed. 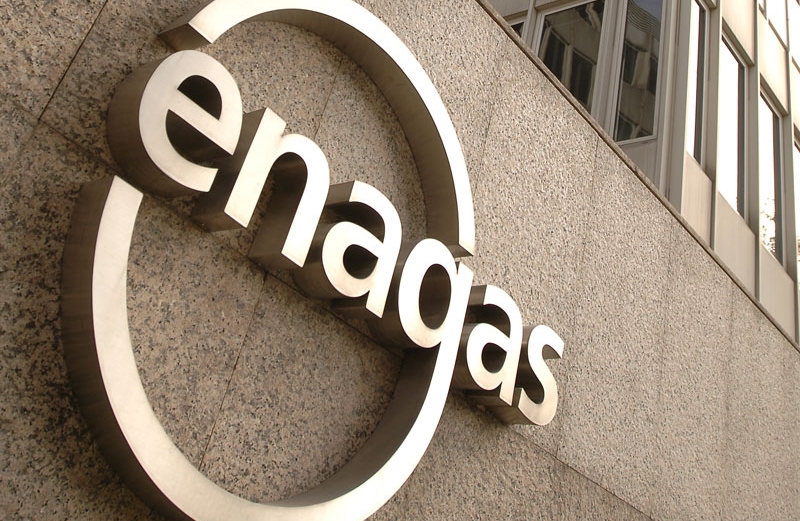