Endurance Exploration Group, Inc. announces the successful completion of Phase 1 of “Project Sailfish” with the identification of the wreck believed to be that of the S.S. Connaught, a mid-19th century steamship reportedly lost with a cargo of gold coins.

Built in Ireland and launched in 1860, the 380-foot iron-hulled side-wheel steamer S.S. Connaught was lauded as one of the largest and most luxurious ocean-going liners in service, a true Titanic of her time. Upon sinking on only her second voyage, the S.S. Connaught became best known for her tragic role in what has been called one of the most courageous and daring rescues in maritime history.

The elegant S.S. Connaught departed Galway, Ireland on September 25, 1860, bound for Boston by way of St. John’s, Newfoundland. She departed for the final leg to Boston with 50 first-class passengers, 417 in steerage and a full crew of 125. In addition, she was quietly loaded with £10,000 in gold coins, possibly bound for a visiting member of the British royal family.

Her routine voyage became perilous when she sprang a leak in a sudden storm, forcing passengers and crew alike to join forces in an effort to save her. Though the leak was brought under control, the doomed ship soon faced a far more dangerous adversary—a fire below her decks.

Smoke and flames drove passengers and crew alike to the top deck, building in strength so quickly that none of the gold cargo or valuable passenger belongings could be saved. Lifeboats were ordered lowered, but they were smashed by the violent waves.

Disaster seemed all but certain—until a tiny fruit transport sailed to intercept the burning ship. By this time the S.S. Connaught’s hulls were so hot they boiled the waves as they crashed against her. Heroism abounded as a line was thrown across decks, transferring women and children first, then the male passengers and crew. There were soon so many people on the tiny fruit transport that they stood on every available patch of deck, some even clinging to the tall masts and rigging.

The Captain of the S.S. Connaught was bound by tradition to leave last. Soon after he departed, both rescuers and rescued watched as the S.S. Connaught disappeared beneath the waves, over one hundred miles from the nearest land.  It was a long and trying night, but every soul was safely delivered to Boston’s India Wharf the following day. Nearly 600 souls had been transferred from one of the largest ocean liners of the time to a tiny fruit transport without a single loss of life.

“It was a real thrill for me to be on board for our inspection mission and see the images of the S.S. Connaught paddle wheel come up on the screen, seen for the first time in 154 years,” said Endurance CEO Micah J. Eldred.  “This is what we methodically worked for as we built our research data, patiently conducted our first search and now enjoy our first shipwreck find.  Now, on to the recovery phase.”

Following in-house research efforts, the attempt to find the S.S. Connaught began with a 2013 Summer sonar search covering over 700 square miles, roughly equivalent to scanning an area of ocean bottom 30 times the size of Manhattan.  Endurance returned this month with a remotely operated underwater robotics vehicle (“ROV”) to inspect the prime target, identifying the wreck by its distinctive iron hull, paddlewheels and artifacts within the debris field.

“Equally important to simply rescuing her valuable gold cargo, we are excited to piece together the final moments of the Steamship S.S. Connaught, and tell her amazing story” said Taylor Zajonc, the Company’s Director of Research. He went on to add, “Endurance Exploration recognizes the importance of returning to the site at the earliest possible time. High-resolution sonar surveys reveal extensive trawling in the area. It’s already impacted the site, making it essential that we document and recover historically significant artifacts of this wreck as soon as possible.”

Endurance CEO, Micah J. Eldred, further commented, “Finding the S.S. Connaught represents a milestone for our Company, and changes our Company’s risk profile significantly. Not only have we located a valuable shipwreck carrying a documented shipment of gold coinage, but we have validated the operational mission statement we put into place when we established our company:  using the most modern day subsea technology, coupled with exhaustive archival research, we are targeting merchant ships containing documented, valuable, merchant cargoes which have a clear path to legal title, that can all be found and salvaged in a manner that produces profitable results for our shareholders.  We believe the S.S. Connaught represents exactly this type of project. The location and identification of the S.S. Connaught proves up our research, search and subsea capabilities, allows us to move a step closer to the salvage and monetization of her gold cargo, and also frees up our search and survey assets allowing us to move forward on our next planned deep-water search project.”

Endurance has petitioned the U.S. Federal Courts for the Middle District of Florida for an arrest of the shipwreck, an appointment of Endurance as substitute custodian of the shipwreck and a salvage award or title to the shipwreck and its cargo.  If granted Endurance plans to return to the site next spring or summer to begin a systematic and well-documented recovery of cargo and artifacts. 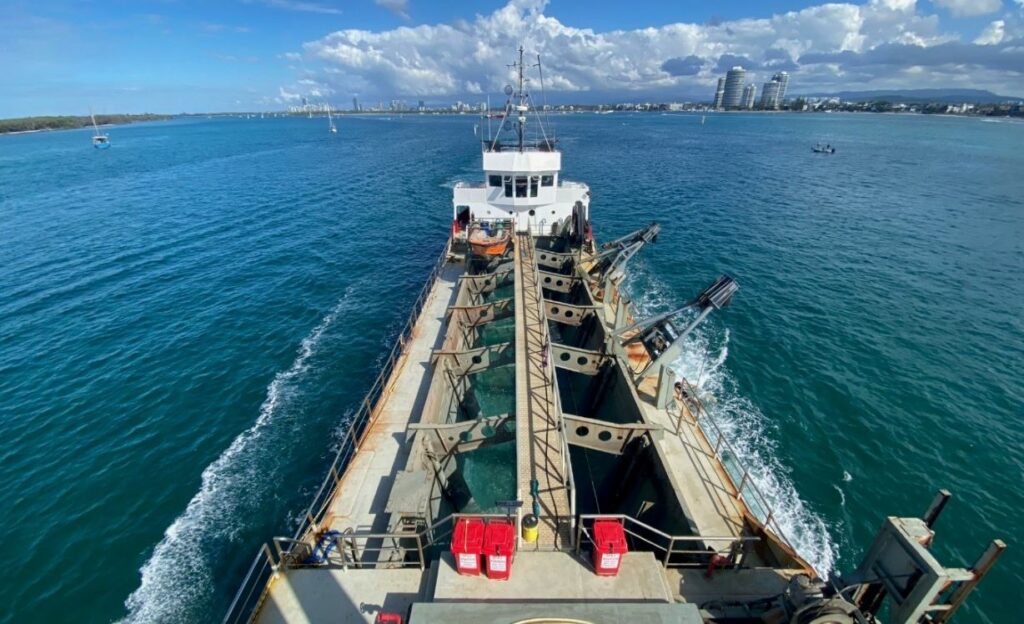