With an estimated cost of £3.4 billion (around $4.47 billion) for the two links, the Eastern HVDC projects would be the largest electricity transmission investment project in the recent history of Great Britain, the regulator added.

Ofgem has also started a consultation on the project which is open until 4 May 2022.

“These links are critical to our net-zero ambitions, delivering the UK and Scottish Government renewable targets and reducing our dependence on volatile wholesale gas markets by supporting indigenous low carbon electricity generation.”

The proposal consists of two separate reinforcement projects. The Peterhead to Selby link, expected to be operational in 2029, will be progressed jointly by SSEN Transmission and NGET, while the Torness to Hawthorn Pit link, with a targeted energization date of 2027, will be progressed by SP Energy Networks and NGET.

The subsea links have also been included in the recent National Grid Electricity System Operator’s Networks Options Assessment (NOA) for 2022 which recommends more than £5 billion (around $6.7 billion) worth of grid infrastructure investments in the North of Scotland.

The investments support SSE Group’s recently announced Net Zero Acceleration Programme, which set out plans to invest £12.5 billion (about $16.7 billion) in the five years to 2026, or £7 million (around $9.3 million) every day. 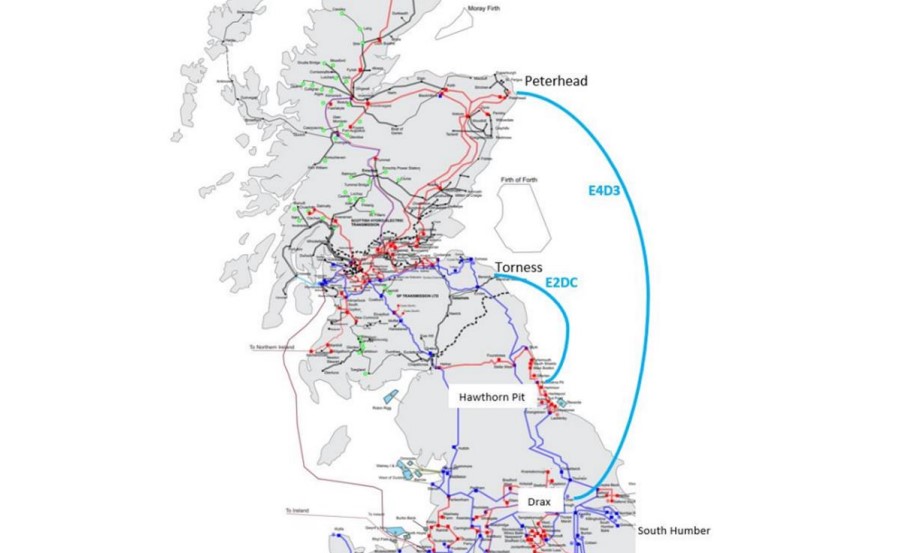