EOLINK is performing tank testing of a 1:50 scale model of its floating wind turbine, which would allow for the utilization of +10MW wind turbines and reduction of levelized cost of energy (LCOE) of 25%.

So far, the tests validated that the floating wind turbine is able to withstand very harsh seastates with low mooring lines tensions (Hs>12m) and also that the turbine always faces the wind, even in the worst case scenario: 90° misalignement between wind and waves, EOLINK reported.

The floating wind concept involves a set of profiled arms instead of a conventional single tower.

Having a turbine mounted on a single tower induces vibrations and huge bending moment at the base of the tower and with floating application, this tower is no longer mandatory, EOLINK said, adding that its concept replaces the single tower by a set of thin and profiled arms, making the structure lighter and stiffer and saving on materials used, which leads to decreasing the levelized cost of energy (LCOE).

The structure also allows increasing wind turbine size. Main specifications include a nominal power of +10MW, rotor diameter of 200m, nacelle altitude of 120m above M5L, weighing < 600 tons, as well as a 66m long and 58m wide semi-submersible floater made of steel and/or concrete.

The testing is being carried out in IFREMER facilities in Brest, in cooperation with France Energies Marines, as part of a project supported by French National Research Agency (ANR), with EOLINK aiming to push the concept forward to industrialization. 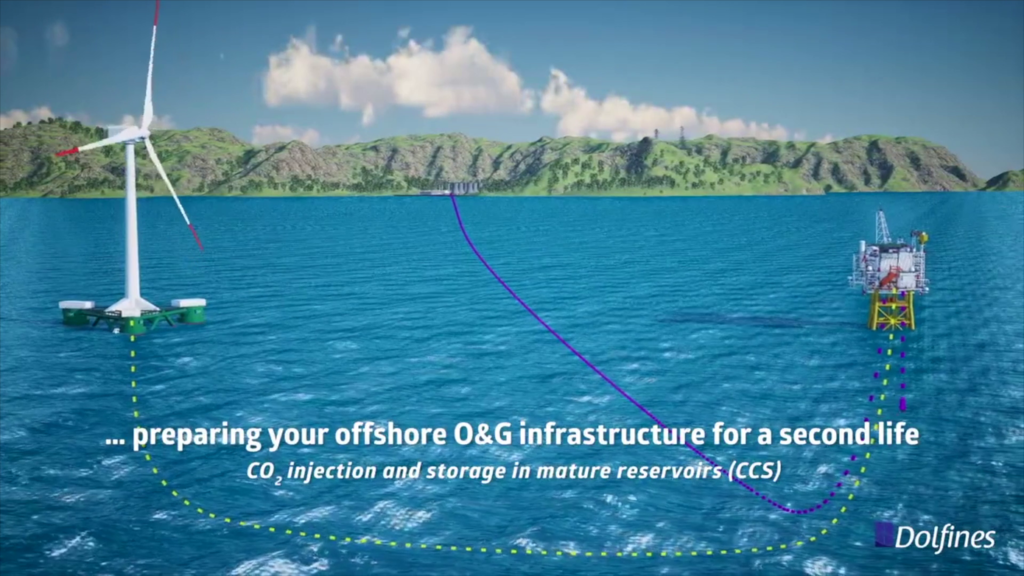