Norwegian oil and gas major Equinor has revealed its ambition to become a net-zero company by 2050 as its new boss is taking over his position. The new CEO is meant to speed up the company’s push towards energy transition.

As reported in August, Anders Opedal is taking over the role of Equinor CEO from Eldar Sætre, who is retiring after six years as CEO and more than 40 years in the company.

Opedal is meant to accelerate Equinor’s development as a broad energy company and increase value creation for the company’s shareholders through the energy transition.

In an update on Monday, Equinor firmed up its ambition and commitment to become a net-zero energy company by 2050.

According to Equinor, the ambition includes emissions from production and final consumption of energy.

It sets a clear strategic direction and demonstrates Equinor’s continued commitment to long-term value creation in support of the Paris Agreement.

Anders Opedal, who today took over the position as Chief Executive Officer (CEO) and President of Equinor, said: “Equinor is committed to being a leader in the energy transition. It is a sound business strategy to ensure long-term competitiveness during a period of profound changes in the energy systems as society moves towards net zero. Over the coming months, we will update our strategy to continue to create value for our shareholders and to realise this ambition”.

Earlier this year, Equinor announced its plans to achieve carbon-neutral global operations by 2030 and to reduce absolute greenhouse gas (GHG) emissions in Norway to near zero by 2050.

At the same time, Equinor outlined a value-driven strategy for significant growth within renewables, as well as a new net carbon intensity ambition.

“Equinor has for years demonstrated an ability to deliver on climate ambitions and has a strong track record on lowering emissions from oil and gas. Now, we are ready to further strengthen our climate ambitions, aiming to reach net zero by 2050”, Opedal said.

Equinor also said it expects to deliver an average annual oil and gas production growth of around 3 per cent from 2019 to 2026.

The Norwegian major noted it will continue to develop competitive and resilient projects whilst maintaining industry-leading recovery rates, unit costs and carbon efficiency by optimizing its portfolio through financial discipline and prioritization.

The net-zero ambition will strengthen future competitiveness and value creation at the Norwegian continental shelf (NCS). Equinor’s plans for production, development and exploration at the NCS remain firm.

Equinor is preparing for an expected gradual decline in global demand for oil and gas from around 2030 onwards. Value creation, not volume replacement, is and will be guiding Equinor’s decisions.

In the longer term, Equinor expects to produce less oil and gas than today.

To develop Equinor as a broad energy company, renewables will be a significant growth area.

Equinor has previously set ambitions for profitable growth within renewables and expects a production capacity of 4-6 Gigawatts (GW) by 2026 and 12-16 GW by 2035.

Equinor now plans to expand its acquisition of wind acreage, with the aim of accelerating profitable growth and will continue to leverage its leading position in offshore wind.

It is also worth noting that Equinor will establish renewables as a separate reporting segment from first quarter of 2021.

To achieve net-zero emissions requires a well-functioning market for carbon capture and storage (CCS) and natural sinks, as well as the development of competitive technologies for hydrogen.

Building on its capabilities from oil and gas, Equinor said is well-positioned to provide low-carbon technologies and establish zero-emission value chains.

Equinor is driving the development of these technologies through projects such as Northern Lights, which aims to store CO2 from industrial sites across Europe.

The test facility transports CO2 in pipelines, both in gas and liquid form.

Equinor has transported CO2 from the Sleipner field in the North Sea since 1996 and from the Snøhvit facility in Hammerfest since 2009. In these projects, the CO2 is transported in gas and liquid form, respectively.

Now, Equinor and its partners Total, Gassnova and Gassco have modified the facility to make it possible to study the transport of CO2 as gas and liquid, simultaneously.

Testing and research can improve the operation of the CO2 transport and storage project Northern Lights and can also reduce the costs associated with this new industry in the future.

Equinor also said on Monday that it assumes that an increasing share of oil and gas will be used for petrochemicals towards 2050.

“Climate change is a shared challenge. The combined efforts of governments, industries, investors and consumers are crucial to reaching net-zero emissions, for Equinor and for society. Together, we can overcome technological and commercial challenges, cut emissions, and develop CCS and zero-emission value chains for a net-zero future”, said Opedal.

Equinor expects to present an updated strategy at its Capital Markets Day in June 2021.

The Role of Oil and Gas Industry in Energy Transition 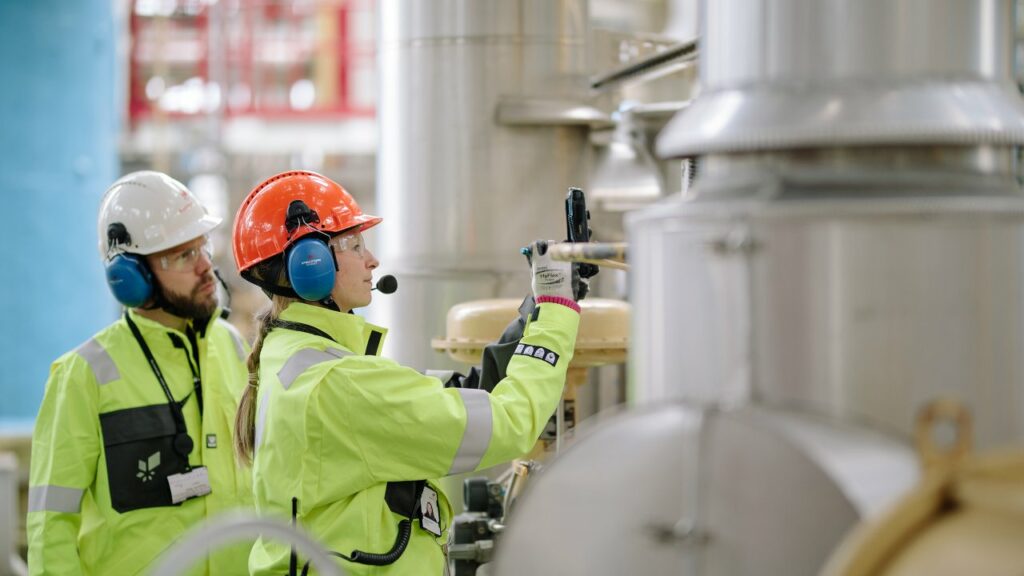