Norway’s Gulen Industrial Harbour in Sogn og Fjordane county has been awarded a contract for assembly site for the floating Hywind Tampen wind turbines, which could be used for electrification of oil and gas installations, before they are transported to the field in the North Sea.

Equinor and its partners at Gullfaks and Snorre fields off Norway last year decided to explore the possibilities of supplying these two fields with power from floating offshore wind.

Hywind Tampen could become the world’s first project to use wind turbines for electrification of oil and gas installations. Reduction of CO2 emissions from the five oil and gas platforms at the Snorre and Gullfaks fields is estimated at more than 200,000 tonnes per year.

Announcing the contract award for the assembly site, Equinor said on Tuesday that no work will start prior to an investment decision for Hywind Tampen. According to Equinor, the licensees are currently maturing the project towards any investment decision to be made this year.

“Equinor on behalf of the partners, have awarded a contract to Wergeland Base in Gulen Industrial Harbour in Sogn og Fjordane based on assessments of i.a. topographic suitability, safety as well as technical and commercial conditions,” said Equinor’s project director Olav-Bernt Haga.

The contractor will provide onshore and inshore areas for storage, assembly and commissioning of all the components for the floating wind turbines, as well as necessary infrastructure and facilities in the project period. The floating wind turbines will be towed to the field where they will be anchored, connected and put into operation.

With a combined capacity of 88 MW, the 8 MW turbines will meet around 35 % of the annual power demand of the five platforms, Equinor said.

“This is a challenging project requiring optimal technical solutions and further cost reductions before the partners can make an investment decision,” said Haga. 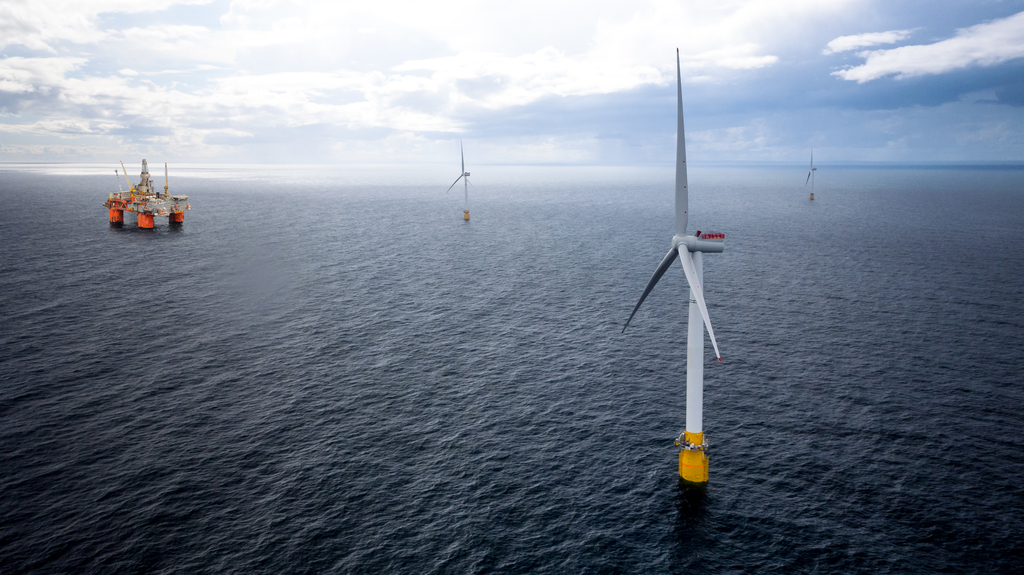