Anticipating that the pirates will not take a break over the holiday period, neither will the EU NAVFOR units patrolling around the Horn of Africa and in the Somali Basin.

Whilst back at home in Europe the families of the deployed EU NAVFOR personnel celebrate this very special season of the year, the crews of all ships and aircraft of the entire EU NAVFOR Operation ATALANTA Task Force off the coast of Somalia maintain their guard at sea and continue with their duty of securing the safe transport of food to the people of Somalia. With this decision, the Naval Force underlines the commitment of the European Union to ensure the safe arrival of humanitarian aid, so desperately needed by thousands of suffering Somali people. In addition to the escorting of merchant vessels chartered by the World Food.

Programme, EU Naval Forces also continue to counter the threats imposed by Somali pirates on the international shipping community in a combined effort with other multinational Naval Forces in Indian Ocean. Currently, out of the 27 Nations contributing to the Operation, Sailors and soldiers from 13 different nations will be active at sea in Operation ATALANTA, maintaining the force at the highest readiness level.

EU NAVFOR conducts counter-piracy in the Indian Ocean and is responsible for the protection of World Food Program ships carrying humanitarian aid for the people of Somalia and the logistic support vessels of the African Union troops conducting Peace Support Operations in Somalia. Additionally, EU NAVFOR monitors fishing activity off the coast of Somalia. 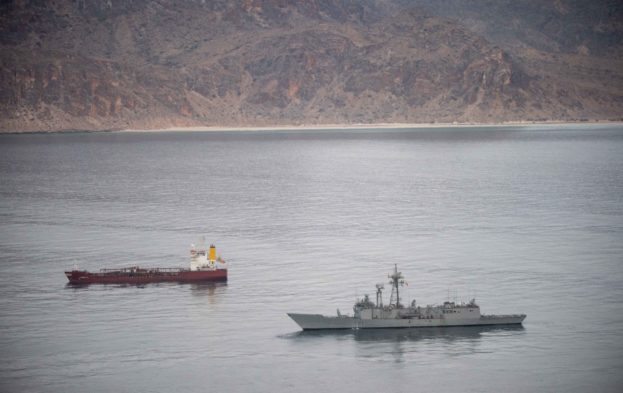