Under the project lead of Dutch Marine Energy Centre (DMEC), the EU-SCORES consortium partners will work together to showcase the benefits of multi-source offshore parks across Europe by 2025, paving the way for similar bankable projects in the future.

Kicking off in September 2021, the project partners will jointly build on two highly comprehensive and impactful demonstrations.

The first one is a 3MW offshore solar photovoltaic (PV) system by Oceans of Energy off the Belgian coast co-located with a bottom fixed windfarm, while the other one entails a 1.2MW wave energy array by CorPower Ocean in Portugal co-located with a floating wind farm.

The multi-source demonstrations in EU-SCORES aim to showcase the benefits of continuous and more consistent power output enabled through harnessing complementary power sources including wind, sun and waves.

This hybrid approach is expected to create a more resilient and stable power system, higher capacity factors and a lower total cost per MWh of power output.

These aspects will also improve the business case for green hydrogen production, by allowing electrolysers to run at higher utilization.

Major project developers and utility companies liaised with the project through an advisory board and will further strengthen demonstration efforts, paving the way for future large-scale commercialisation of these innovative parks, according to DMEC.

In addition, the full-scale demonstrations are intended to prove how the increased power output and capacity installed per km2 will reduce the amount of marine space needed, thereby leaving more space for aquaculture, fisheries, shipping routes and environmentally protected zones.

Moreover, the demonstrations will support the stability and resilience of the European energy system, while considering sustainability, local stakeholders and existing ecosystems.

Matthijs Soede, senior policy officer at European Commission DG Research, said: “We have very high expectations from the EU-SCORES project, which perfectly fits with our aim to realise the Green Deal. They show great ambition by demonstrating different energy sources considering efficient use of the seas and their success will support the clean energy transition”.

Kevin Rebenius, commercial director at CorPower Ocean, added: “We are delighted to be part of this truly pan European initiative addressing one of the most important topics of our time, implementing new solutions to accelerate the transition to 100% clean energy.

“We see great value in showcasing the highly consistent and complementary power profile of wave energy, and how this can be combined with wind and solar to deliver a more stable and predictable electricity system based purely on renewables. By generating electricity also when the wind doesn’t blow or the sun doesn’t shine, wave energy can help fill the gaps and thereby become an important part of the mix to stabilize the future electricity system”.

Allard van Hoeken, CEO of Oceans of Energy, said: “Building the first 3MW offshore solar farm in the world and connecting it with offshore wind is a great next step and builds very well on our experience of installing and operating the world’s first 50kW offshore solar farm system in high waves for almost two years. This European partnership is a real breakthrough for clean energy in coastal regions worldwide”.

Benjamin Lehner, project portfolio manager at DMEC, noted: “For a successful energy transition we have to move fast without jeopardizing the reliability of our electricity grid. EU-SCORES can be a game changer doing so. The multi-use of offshore space presents a favorable business case with major potential to accelerate the transition, while the hybrid approach will enable more reliable electricity provision”.

Running until August 2025 with €34.8 million in funding provided by the European Green Deal in the last Horizon 2020 call, the project is also supported by IRO (Association of Dutch Suppliers in the Offshore Energy Industry), ENECO Group, Redes Enérgeticas Nacionais, Parkwind, Ocean Winds, and Energie Baden-Württemberg. 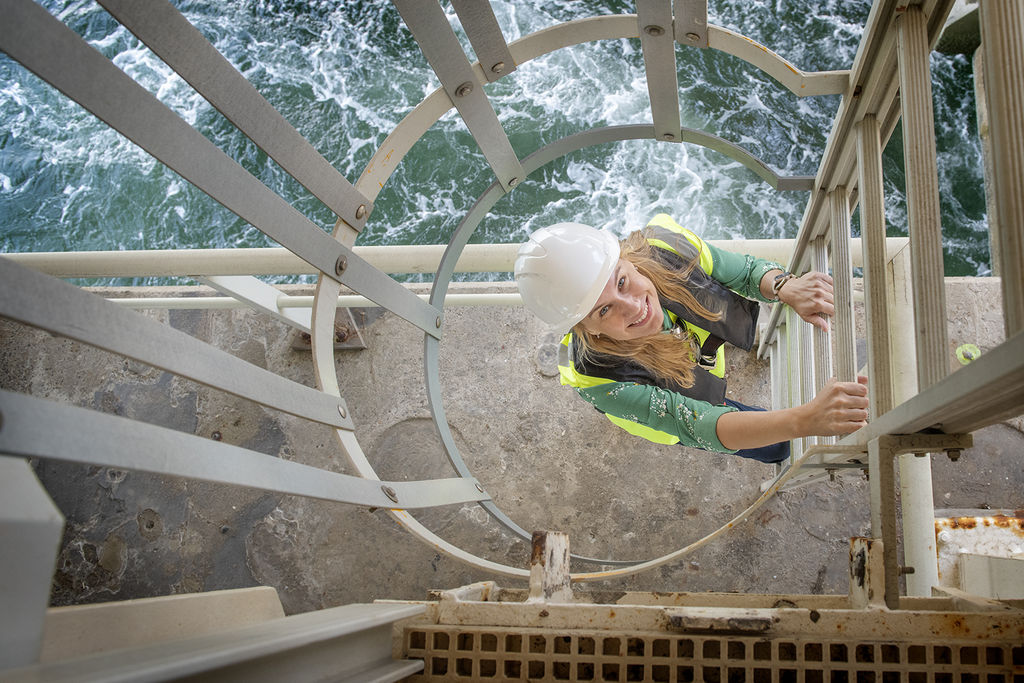