Belgium’s Exmar, the Nicolas Saverys-led shipowner, reported a deepening loss in the first half of the year.

According to a company statement, net loss reached $14.5 million which compares to a $10.2 million loss reported in the corresponding quarter last year.

Exmar noted that whilst at the end of 2018 LNG freight rate levels were buoyant, the beginning of 2019 was marked by an abrupt fall in freight rates caused by further reductions in LNG prices. This fall was further exacerbated by uncertainty due to geopolitical tensions.

The company said that earnings have more than halved, and the relevant freight rate for a $160,000-cbm LNG carrier slipped below $40,000 per day.

A few months later, a noticeable flurry of spot fixtures boosted market conditions again on the back of an arbitrage window opening in the East and even on the Atlantic trades.

Exmar currently owns one vessel in this category and is therefore limited in exposure to recent market movements. Excalibur remains on a long-term time charter contract beyond 2022 with Excelerate Energy.

The company’s floating LNG unit, Tango FLNG was commissioned in June and this has triggered market interest from several parties Exmar said adding that it is currently “actively involved” at development stage on several projects with various liquefaction and storage capacities and storage sizes.

Exmar said it continues serving its commitment to Gunvor under the contract for its floating regasification barge S188. The finance documentation for the sale and leaseback of the barge by CSSC shipping for an agreed amount of $155 million has been finalized and signed at the end of August.

The first tranche of approximately $78.0 million will be drawn upon fulfillment of the conditions precedent under the lease agreement, which is expected in the course of September. The second tranche of $31.0 million will be made available upon start of the regasification operations at a location.

Exmar continues to pursue business opportunities for LNG import projects on a selective basis, where both the technical and economic viability provide a sound basis for long-term cooperation. 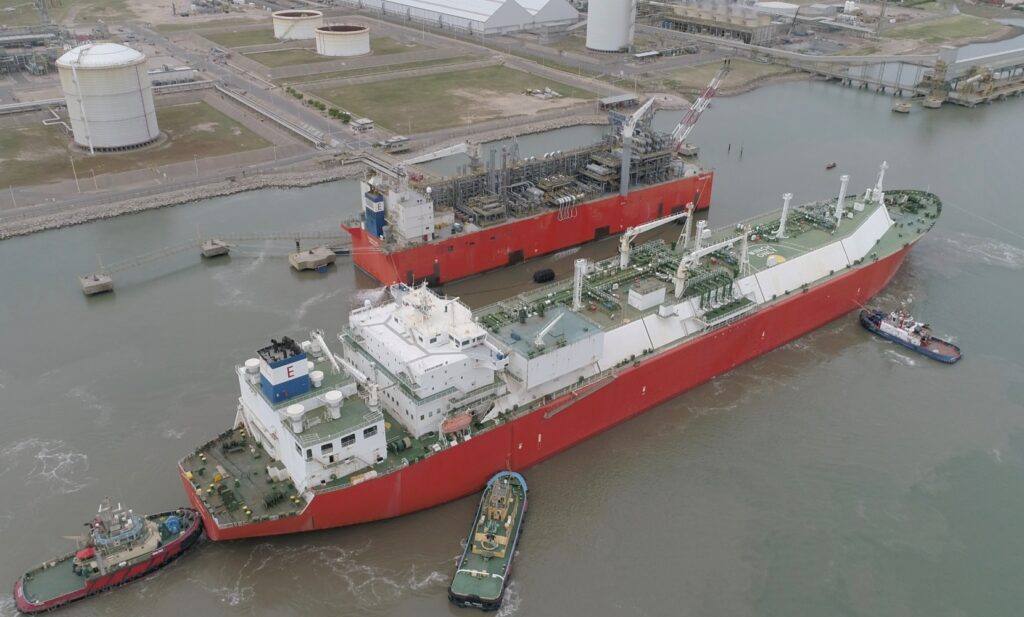