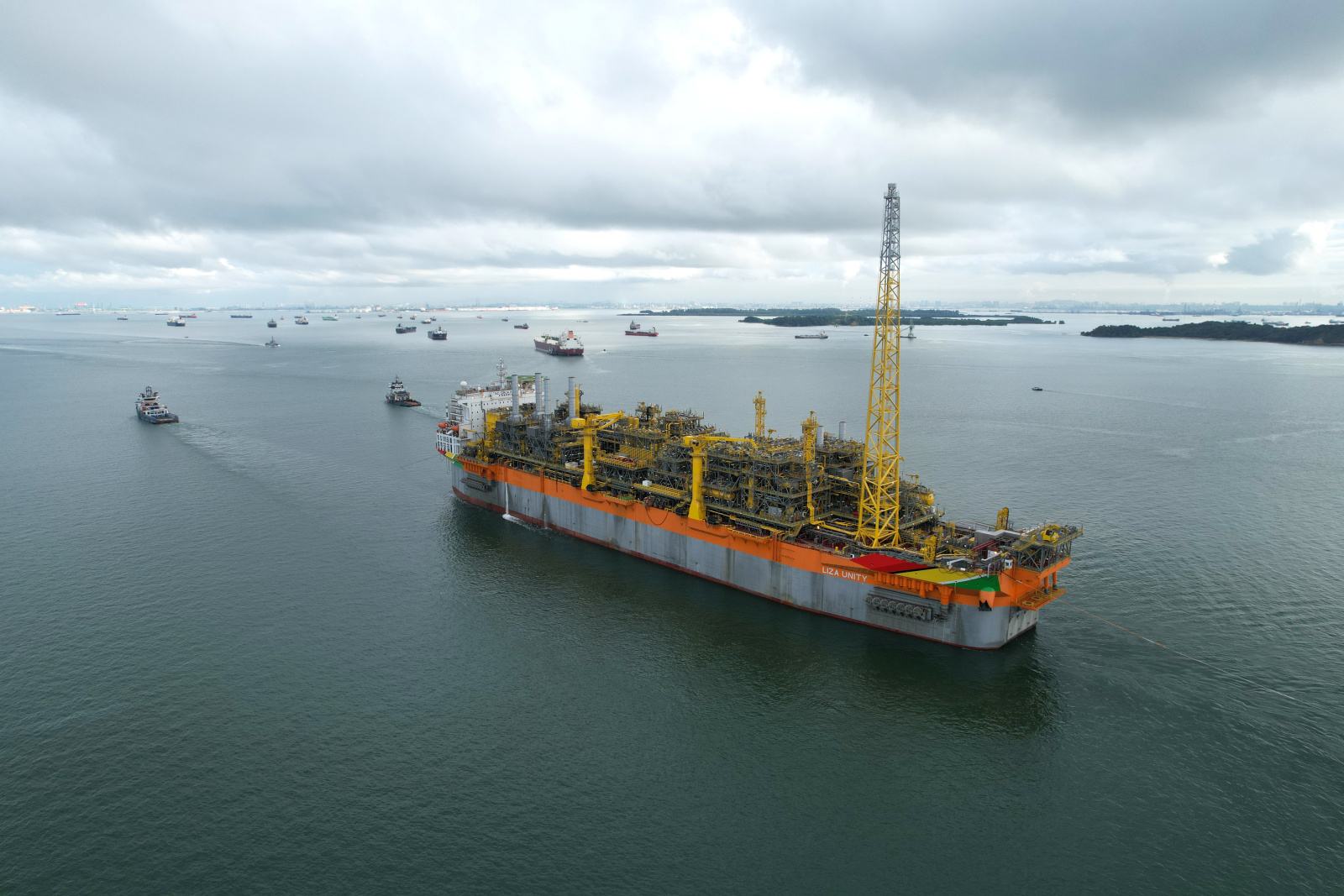 U.S. oil major ExxonMobil has kicked off the first production from the second phase of its Liza project located on the Stabroek Block, making it Guyana’s second offshore development now in production.

ExxonMobil informed late on Friday that it had started production at Liza Phase 2, bringing total production capacity to more than 340,000 barrels per day in only seven years since the country’s first discovery.

Production at the Liza Unity floating, production, storage and offloading (FPSO) vessel is expected to reach its target of 220,000 barrels of oil later this year, as operations continue to be brought safely online.

It adds to the more than 120,000 barrels per day of capacity at the Liza Destiny FPSO, which began production in December 2019 as part of the Liza Phase 1 development and is now delivering at better than design capacity following technical difficulties encountered last year. The Stabroek Block’s recoverable resource base is currently estimated at more than 10 billion oil-equivalent barrels.

To remind, the Liza Unity vessel arrived in Guyana in October 2021 following construction in shipyards in China and Singapore. It is moored in a water depth of about 1,650 meters and will be able to store around 2 million barrels of crude. It is the world’s first FPSO to be awarded the SUSTAIN-1 notation by the American Bureau of Shipping in recognition of the sustainability of its design, documentation and operational procedures and the first unit with a design based on SBM Offshore’s Fast4Ward programme.

According to ExxonMobil, the current resource has the potential to support up to 10 projects. ExxonMobil anticipates that four FPSOs with a capacity of more than 800,000 barrels per day will be in operation on the Stabroek Block by year-end 2025.

Payara, the third project in the Stabroek Block, is expected to produce approximately 220,000 barrels of oil per day using the Prosperity FPSO vessel, which is currently under construction.

Furthermore, the field development plan and application for environmental authorization for the Yellowtail project, the fourth project in the block, have been submitted for government and regulatory approval. ExxonMobil has also already awarded a FEED contract for the Yellowtail FPSO to Dutch SBM Offshore. This will be the largest producing unit ever built by SBM.

In a separate statement on Friday, Hess also confirmed the first oil from the Liza Unity FPSO.