Argos Resources Limited, the Falkland Islands based exploration company focused on the North Falkland Basin, reports encouraging progress on the processing and interpretation of its recently acquired 3D seismic data over its 100% owned licence PL001.

In April 2011, the Company announced the completion of the acquisition of 1,415 net square kilometres of 3D seismic data, including coverage over the entire licence area, a halo outside the licence boundaries and tie-ins to key wells. The 3D data covering the northeastern quarter of the licence was prioritised to be processed on a fast-track basis. This processing was completed in May and interpretation of the data is now well advanced. The structural prospects Zeus and Demeter have been confirmed and are considered to be robust closures. In the Competent Person’s Report of June 2010 these prospects were attributed Best Estimates of unrisked prospective resources of 258 mmb and 63 mmb of oil respectively, based on 2D seismic data. New stratigraphic prospects and leads have also been identified and are subject to ongoing detailed mapping.

One of the principal features of the northern part of the North Falkland Basin in the vicinity of licence PL001 is the presence of a major delta system that has prograded southwards across the licence area, but does not appear to extend beyond the southern boundary of the licence. This delta is at least age-equivalent to the organic rich oil source rock, the presence of which can be mapped with improved confidence across the licence area. The 3D data quality over the delta is excellent and the Company is now using that data to identify new stratigraphic prospects in what is expected to be a sand-prone deltaic sequence.

The fast track processing results have been so encouraging that the Company has commissioned similar fast track projects on the southeastern quarter and western half of its licence, with results due for interpretation in July and August respectively. The final processed data for the entire survey area is due around year end.

“Through sharing costs and seismic acquisition with adjacent operators, and being able to tender for a larger seismic programme as a consequence, we have been able to acquire more 3D data and at lower cost than was envisaged at the time of the flotation in July of last year. The 3D seismic we have obtained is the best quality data seen in the basin to date, allowing us to map prospects with confidence.

As expected, we are also seeing from this data new stratigraphic prospects and leads which were not evident on the old 2D data. This was one of the objectives in acquiring 3D seismic, so we are very encouraged that additional prospectivity is being identified in the licence area and we can reasonably expect that further new prospects should be identified as the remainder of the 3D data is processed and interpreted.

By committing to fast track processing of the 3D data in the rest of the licence we expect to gain at least three months on the schedule for the complete project. This will greatly assist in our objective to be ready to drill in late 2011/2012 in order to have the option to contract the Ocean Guardian drilling rig which is currently operating in the area.” 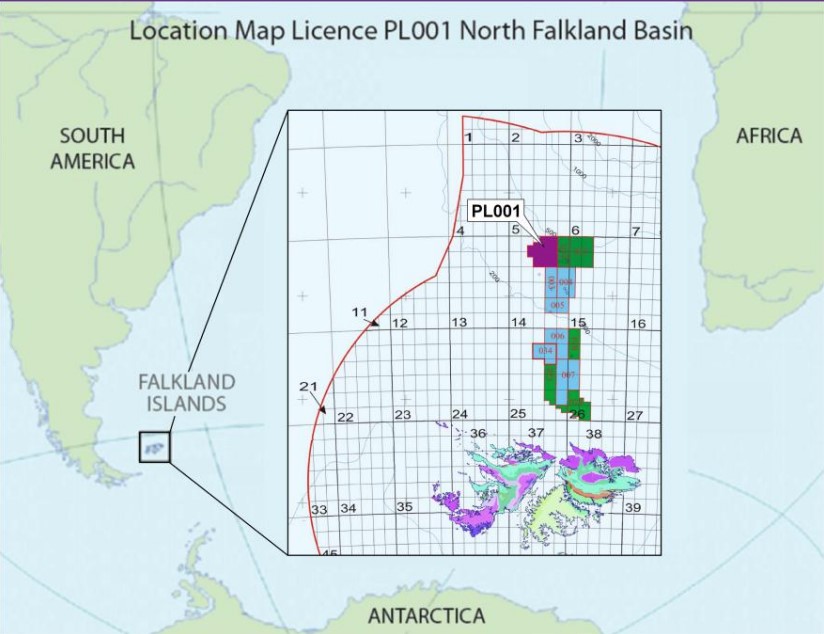