The FERC staff concludes in its statement that the construction and operation of the project would result in limited adverse environmental impacts that would mostly occur only during construction. Moreover, the statement confirms the inherent benefits of the project; including, the diversification of Puerto Rico’s energy sources, allowing for PREPA to be MATS compliant, reducing barge traffic in Jobos Bay, and contributing to price stabilization for power in the region.

The proposed project facilities include the construction and operation of an offshore marine LNG receiving facility (Offshore GasPort) located about 3 miles off the southern coast of Puerto Rico, near the towns of Salinas and Guayama, and a 4.1-mile-long subsea pipeline connecting the Offshore GasPort to the Aguirre Plant. A Floating Storage and Regasification Unit (FSRU) would be moored at the Offshore GasPort on a semi-permanent basis. Ships would dock at the Offshore GasPort and deliver LNG to the FSRU. Both the ships and the FSRU would be under the jurisdiction of the U.S. Coast Guard.

“We are pleased with FERC’s conclusion in confirming that the project will have minimal impacts to the environment. In order to ensure we safeguard the environment, we will implement any necessary mitigation measures outlined in the final EIS,” stated Daniel Bustos, Chief Development Officer of Excelerate Energy. “As with our other facilities worldwide, we are committed to being a safe and responsible operator within the communities we serve.”

“The publication of the draft represents a step forward towards our objective of reducing our dependence on oil and increase the use of natural gas to generate electricity and achieve to lower the energy cost in the island,” said PREPA’s executive director, Juan F. Alicea Flores.

AOGP has undergone an extensive analysis during the review process, with Excelerate responding to data requests from the FERC, cooperating agencies, and the general public. In addition, both Excelerate and PREPA have held numerous meetings with both the private and public sectors to ensure complete transparency throughout the entire permitting process.

The FERC has opened the project for public comment until September 29, 2014. The Commission expects to issue the final EIS by December 19, 2014. Pending FERC’s approval, the facility is expected to begin construction in April of 2015. 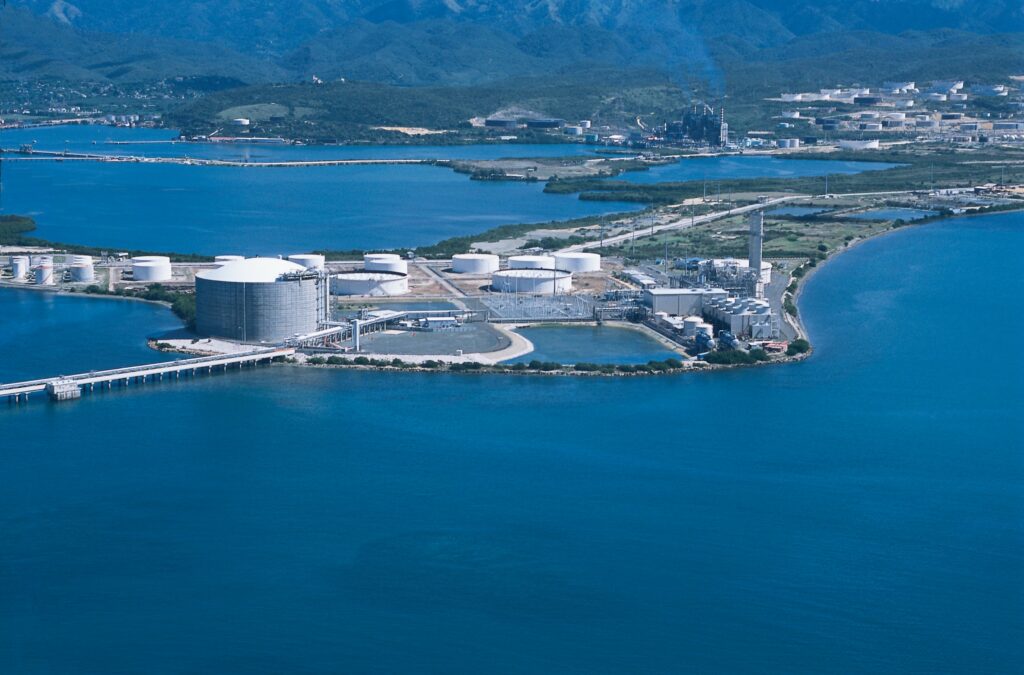