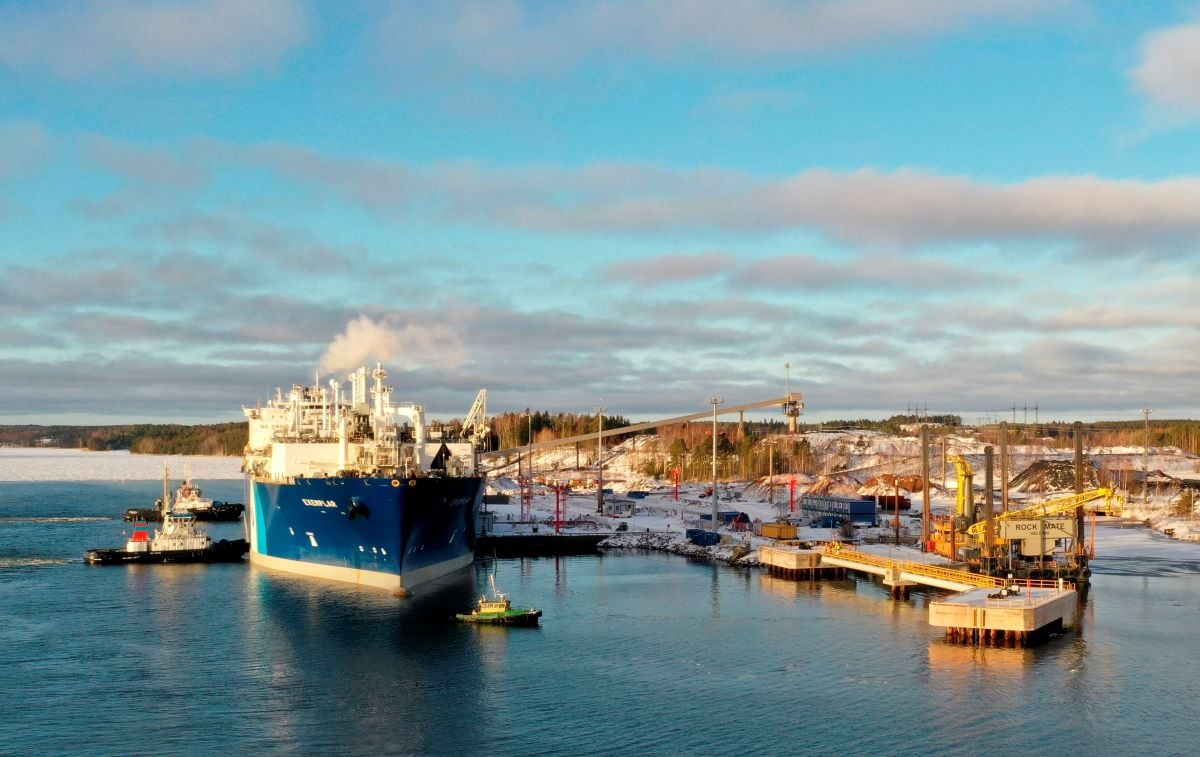 Finnish transmission system operator Gasgrid Finland confirmed the Exemplar’s arrival on 28 December stating that “the floating terminal vessel turned out to be the fastest and most effective solution to phase out dependency on Russian gas in Finland and to ensure the continuity of gas supplies in Finland in different scenarios far into the future”.

Olli Sipilä, Gasgrid Finland’s CEO, said: “It is really great that the LNG floating terminal has now safely anchored in the deep harbour in Inkoo. Under Gasgrid’s leadership, the project has progressed incredibly efficiently with Finnish decision-makers and various authorities. The LNG floating terminal project is an excellent example of how seamless teamwork between different parties works in Finland at its best. I would like to thank all the professionals and decision-makers involved in the project.”

Last week, Gasgrid announced the completion of construction work for the floating LNG terminal in the deep harbour area in Inkoo in the anticipation of the FSRU’s arrival.

The work on the LNG terminal began in August this year and included the pier and mooring structures and systems needed by the FSRU as well as the construction of a 2.2-kilometre gas pipeline.

The company was also granted a permit by the Finnish Safety and Chemicals Agency (Tukes) to place the FSRU in the port of Inkoo and carry out LNG terminal operations on a permanent basis.

The FSRU Exemplar is 291 metres long and 43 metres wide, and when fully laden holds around 68,000 tonnes of liquefied natural gas (LNG). The unit will serve Finland, Estonia and the Baltic Sea region under the ten-year charter agreement signed by Excelerate Energy and Gasgrid Finland in May this year.

“Following successful berthing, we will make a start on carrying out various measures and testing related to the actual use of the liquefied natural gas aboard the vessel and the integration of the LNG floating terminal to Gasgrid’s gas network. Working together means we have kept both to plan and the tight timetable”, added Esa Hallivuori, Head of the LNG Floating Terminal Project at Gasgrid Finland.