Advertisement
Back to overview
Home Clean fuel ‘First of its kind’: Swedish hydrogen gas storage facility up and running

‘First of its kind’: Swedish hydrogen gas storage facility up and running

A pilot facility for the storage of fossil-free hydrogen gas, described as the first of its kind in the world, is now in operation in Luleå, Sweden.

It is expected to play a very important role in the overall value chain for fossil-free iron and steel production.

The technology for the storage of gas in an underground lined rock cavern (LRC) involves the cavern walls being lined with a sealing layer. LRCs have been thoroughly tested with natural gas, but the pilot facility in Luleå is the first in the world to test the technology with repeated filling and emptying of hydrogen gas.

The pilot facility’s size is 100 cubic metres, and at a later stage, it may be necessary to keep 100,000 to 120,000 cubic metres of pressurised hydrogen gas in full-scale storage. This means that up to 100 GWh of electricity can be stored in the form of hydrogen gas, which is enough to supply a full-size sponge iron factory for about three to four days.

The HYBRIT facility was inaugurated in June when initial pressure tests were conducted with water, which confirmed the facility’s mechanical stability, tightness and pressure capacity.

The storage facility was then filled with hydrogen gas and even reached the maximum operating pressure of 250 bar, the partners said.

Now, the two-year test period will start and continue until 2024.

“The fact that this technology is now working is great news and is an important milestone in the development of a fossil-free value chain for ore-based iron and steel production. The use of large-scale hydrogen storage means that the industry will have a more robust and plannable supply of hydrogen from fossil-free electricity, even when the electricity system becomes more dependent on the weather. This enables us to make very efficient use of our fossil-free wind power production and store the hydrogen when the weather is very windy”, explains Mikael Nordlander, director of Industry Decarbonisation at Vattenfall.

“It is very positive for us that the hydrogen gas storage pilot facility is up and running and that the technology has worked as it should up to now. That’s another important milestone. Now we will bring the plan to completion with test campaigns and collect important data and knowledge to make a full-scale facility possible”, says Martin Pei, CTO at SSAB.

Lars Ydreskog, director of Strategic Projects at LKAB, added that in just four years, HYBRIT technology will be used for the production of fossil-free sponge iron on a large scale at a first demonstration facility in Gällivare.

Stay in the loop 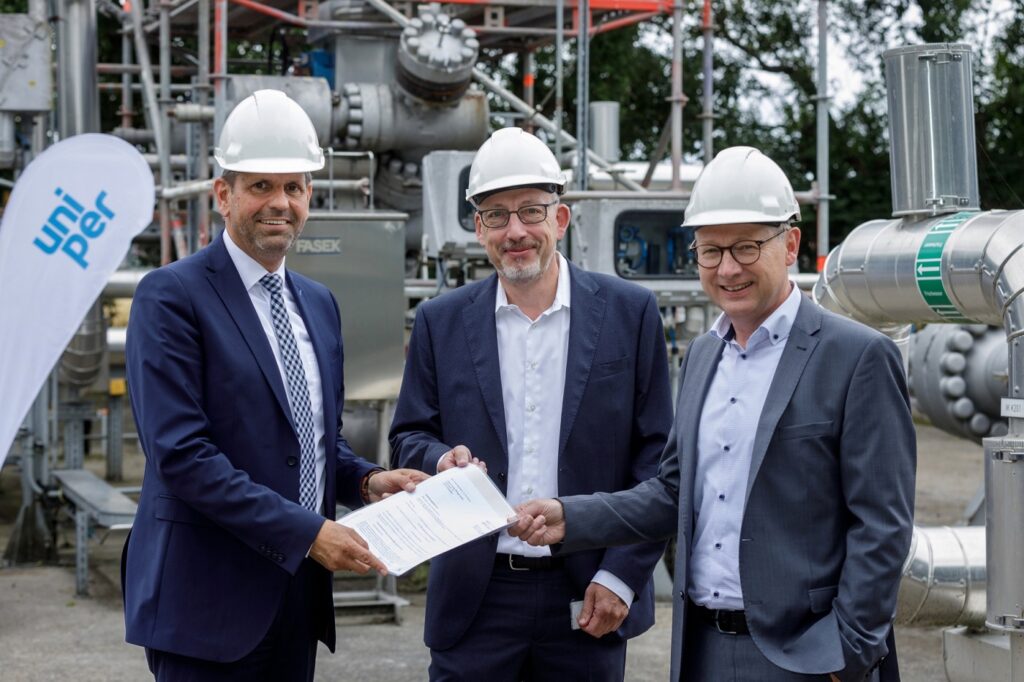