First Sea-Going Ship Bunkered with LNG in Port of Amsterdam

The chemicals and oil tanker Fure West, owned by the Swedish shipping company FureTank, was the first sea-going vessel to bunker with liquid natural gas (LNG) at Groene Kade in the Port of Amsterdam.

The bunkering of Fure West, FureTank’s first sea-going ship that has a dual-fuel engine, took place in the Amerikahaven, the designated location for safe truck-to-ship bunkering of LNG.

Recently converted to run on LNG, the 2006-built ship made its way to the Groene Kade on Tuesday. The liquid natural gas was transported to the site in five tankers from the GATE terminal by Titan LNG external link, an Amsterdam company trading in LNG.

“The Groene Kade is now a temporary facility. Together with various partners such as Titan LNG, we are looking to create a more permanent bunker facility that is both safe and efficient. Today’s bunkering operation was a successful first step in this direction,” Marleen van de Kerkhof, State Harbour Master, said.

Inland navigation vessels have been bunkering with LNG in the Amerikahaven since 2013. As a result of recent changes to the quay, sea-going vessels can now also bunker there. 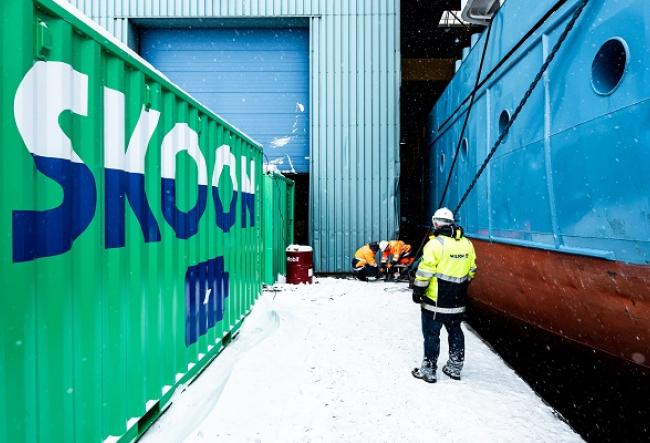