Florida Democrats in the U.S. House of Representatives yesterday dismissed President Trump’s proposed budget as it relates to environmental protection, and most crucially, the plan’s glaring neglect of Everglades restoration efforts.

“The president’s budget asks for $63 million for Everglades restoration, less than one-third of the $200 million that is needed to meet the federal government’s share of the burden and uphold its side of the deal with Florida. So much of South Florida’s quality of life depends on the Everglades.

“This budget, which would make radical, inexplicable cuts to critical environmental programs, comes in the wake of one of the worst harmful algal bloom crises that Florida has suffered in recent memory.

“A budget is a statement of values. This proposal shows that the administration does not care about protecting water quality or our treasured ecosystems and public lands.  Congress will easily ignore this unserious, dangerously radical budget request.

“As members of the Florida delegation who prioritize environmental and water quality issues, we will continue to fight for full funding for South Florida Ecosystem Restoration and for robust funding for other environmental agencies and programs that are critically important to Florida.” 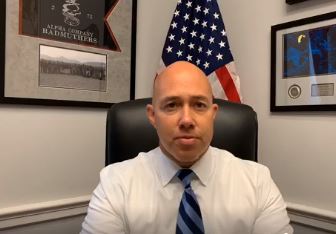