“We are encouraged that our strong market position has once again enabled us to book substantial new work and grow our backlog,” said Chief Executive Officer David Seaton. “While there are continuing concerns about the global macroeconomic environment, we have not seen any material change in our clients’ capital spending outlook to date.”

New awards for the third quarter were a strong $6.7 billion, which compares with $7.6 billion a year ago. The current quarter included $2.8 billion of awards in Industrial & Infrastructure, $1.7 billion in Government, $1.6 billion in Oil & Gas and $470 million in Power. Consolidated backlog at the end of the third quarter rose to a record $41.8 billion, which is a $1.5 billion increase over last quarter and a 27 percent increase from a year ago.

Corporate G&A expense for the quarter was $37 million, compared with $40 million in the third quarter of 2010. During the quarter the company completed a $500 million offering of 10 year unsecured notes to enhance cash balances in the United States. The company also repurchased 4.2 million shares during the third quarter for $241 million. Cash plus current and non-current marketable securities rose to $2.8 billion at quarter-end, up from $2.5 billion last quarter and $2.5 billion a year ago.

The company’s guidance for 2011 EPS has been narrowed to a range of $3.20 to $3.40 per share, from the previous range of $3.10 to $3.40 per share, reflecting the strength of operating results to date. Looking ahead to 2012, the company expects varying levels of profit growth from all business segments except Power, which continues to experience particularly weak market conditions. The company is establishing its initial guidance for 2012 earnings at a range of $3.40 to $3.80 per share, which includes the estimated impact of ongoing operating expenses associated with the company’s recently announced investment in NuScale Power. 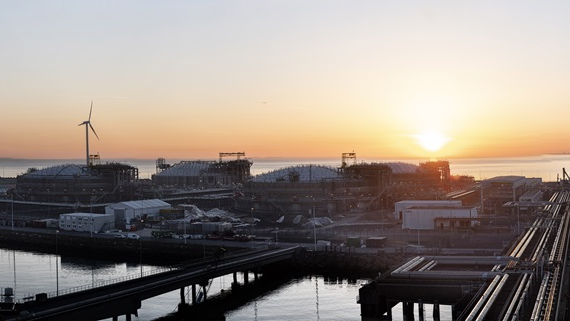