Mattheeuws Eric Transport and Fluxys have officially inaugurated their LNG filling station on the premises of the haulage company in Veurne, Belgium.

Construction of the filling station started in February this year and was completed on schedule by September. The station is supplied by tanker truck from the LNG terminal in Zeebrugge. Eric Mattheeuws Transport counts 26 LNG-powered trucks among its fleet and operates the facility, which is also accessible to other haulage companies.

As the initiative by Mattheeuws Eric Transport and Fluxys not only includes the construction of an LNG filling station but also aims at producing a business case for the industry as well as lessons to be learnt for public authorities, it will most likely receive co-financing by the European Commission. The project was selected for EU funding by an independent group of experts under the priority ‘Measures to promote innovation and new technologies for transport infrastructure’ of the TEN-T Annual Call 2013.

The European Council only last month adopted the Directive on the deployment of alternative fuels infrastructure. Member States now are to establish national policy frameworks to ensure that sufficient LNG fuelling options are available for ships at maritime ports and for trucks by 2025, and for ships at inland ports by 2030.

With a targeted policy for alternative fuels it is possible in Belgium to increase the number of LNG-powered trucks to about 1 500 by the end of 2025 and to substitute with LNG about 780,000 tons of heavy fuel oil used every year by the shipping industry. 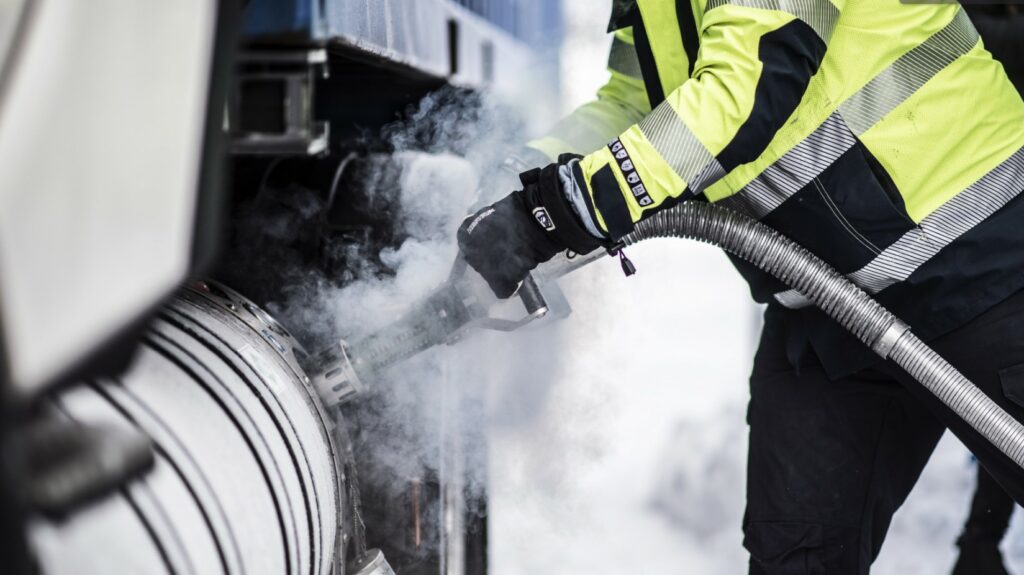