Advertisement
Back to overview
Home Filtration & Separation Foreship: Scrubber Installation No Longer an Issue of If but of How Fast

Foreship: Scrubber Installation No Longer an Issue of If but of How Fast

There has been an unprecedented surge of inquiries on how exhaust gas cleaning systems can be fitted at short notice, naval architect and marine engineering specialist Foreship says.

The rise in appetite for scrubbers has been ascribed to emerging market misgivings over the quality and availability of 0.5 percent sulphur content fuel oils as well as higher costs of fuels compliant with the IMO 2020 regulations that entered into force on January 1, 2020.

The consultancy added that scrubbers are becoming ever more popular amid increasing concerns due to the unexpected black carbon emission issues related to the low sulphur fuel oils (VLSFOs).

On the other hand, it is reported that many of the shipowners that opted to fit scrubbers on their vessels experienced a relatively smooth transition through IMO 2020 rule changes.

“The realities of IMO 2020 have caught many off guard, with some in the market quickly shifting from contemplating whether a switch to scrubbers was advantageous to considering how soon they can practically do so,” says Foreship EGCS Project Lead Olli Somerkallio.

“Uncertainty surrounding low-sulphur fuel oils is causing owners to reconsider whether they made the right choice on scrubbers, with fresh enquiries on equipment evaluation and installation arriving almost daily.”

The latest figures from consultancy CRU indicate that 3,756 vessels have exhaust gas scrubbers either installed or on order. By the end of 2020, up to 15 percent of ocean-going freight capacity will employ the machinery, with the number now expected to rise to 20 percent by 2025.

Somerkallio says Foreship has played its part in bringing scrubber payback times down to 12–18 months. He adds that, in the run-up to the January 1, 2020 deadline, equipment suppliers worked hard to reduce installation times, with a number of ro-ro freight vessel, tanker and bulker projects involving scrubbers installed as pre-outfitted modules to minimize works onboard.

Nevertheless, shipowners still need assurance that the systems have been fully evaluated and optimized, whatever the time pressures, according to the consultancy.

“We understand that this is a difficult moment for ship operators who have followed the rules only to find themselves at a competitive disadvantage,” he says.

“While VLSFOs may well be costing more day-to-day, the scrubber is still a multi-million-dollar item whose evaluation, selection and installation will benefit from advice that is independent of the supplier and the shipyard.”

However, it should be noted that the ongoing outbreak of the coronavirus has resulted in the closure of shipyards in the Chinese provinces of Shanghai, Zheijiang, Jiangsu, Guangdong, Fujiang and Anhui, the hub for the scrubber installations.

As such it is expected that scrubber retrofits which had been already contracted would experience severe delays as vessels keep queuing up in drydocks.

The Chinese government has allowed shipyards to declare ‘force majeure’ on their newbuilding and conversion contracts, ruling out the possibility for shipowners to seek compensation damages for the delays.

“In many cases, this has left ship owners and operators with the awkward decision of letting their tonnage idle in China until a new time slot for scrubber retrofits becomes available, or send these vessels on another round trip to Europe or the Americas,” Alphaliner said in a comment.

In the case of the latter, owners have to run their ships on costly LSFO or MDO before moving into drydock in the second quarter of 2020.

Given the ongoing situation, the availability of drydocks for scrubber installations is put to question. 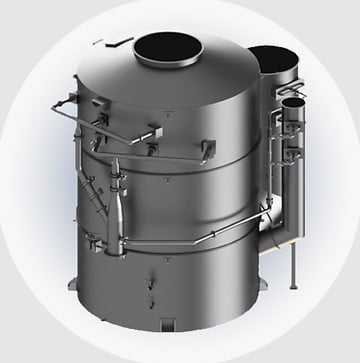 Clean Marine gears up for another flurry of scrubber orders
Posted: about 1 month ago
Safe Bulkers returns to Alfa Laval for more scrubbers
Posted: 2 months ago
Howden teams up with Foreship to bolster vessel efficiency
Posted: 14 days ago