Fred. Olsen Energy has terminated a newbuilding contract with Hyundai Heavy Industries (HHI) for the construction of a semi-submersible drilling rig, the Bollsta Dolphin, as a result of delay in delivery of the rig.

The rig construction contract provides that on termination Bollsta will be entitled to a refund of the first instalment paid to HHI of $186,390,240 plus accrued interest, Fred. Olsen said in an Oslo stock exchange filing on Tuesday.

The rig was on October 26, 2012 contracted by Dolphin Drilling Ltd., another wholly owned subsidiary of Fred. Olsen, to Chevron North Sea Limited. It was supposed to be delivered in the third quarter of 2015, and then start its five-year contract with Chevron.

However, according to Fred. Olsen, Chevron and Dolphin Drilling have mutually terminated the drilling contract on amicable terms.

To remind, Fred. Olsen recently received a notice of arbitration from the South Korean rig builder, HHI, saying it needed more time and money to complete building the rig.

Bollsta Dolphin is a Moss Maritime CS 60 E design and is designed for water depth capacity up to 10,000 feet.

This is the second cancellation of the rig construction contract that HHI received in a little more than a month. Namely, back in September, Seadrill terminated the contract for the construction of the West Mira, an ultra-deepwater harsh environment semi-submersible drilling rig. According to Seadrill, the contract was abolished due to the shipyard’s inability to deliver the unit within the timeframe required under the contract.

In an e-mail to Offshore Energy Today, Chevron spokesperson confirmed that Chevron, as operator of the Rosebank joint venture, had terminated the agreement with Dolphin Drilling to perform the drilling services on this project utilizing the Bollsta Dolphin drilling rig.

When asked about the reason behind this decision, the spokesperson said: “Chevron received notice from Dolphin Drilling that it would be unable to meet the contract terms. Accordingly, the contract has been terminated. The Rosebank Project is continuing through Front End Engineering and Design.” 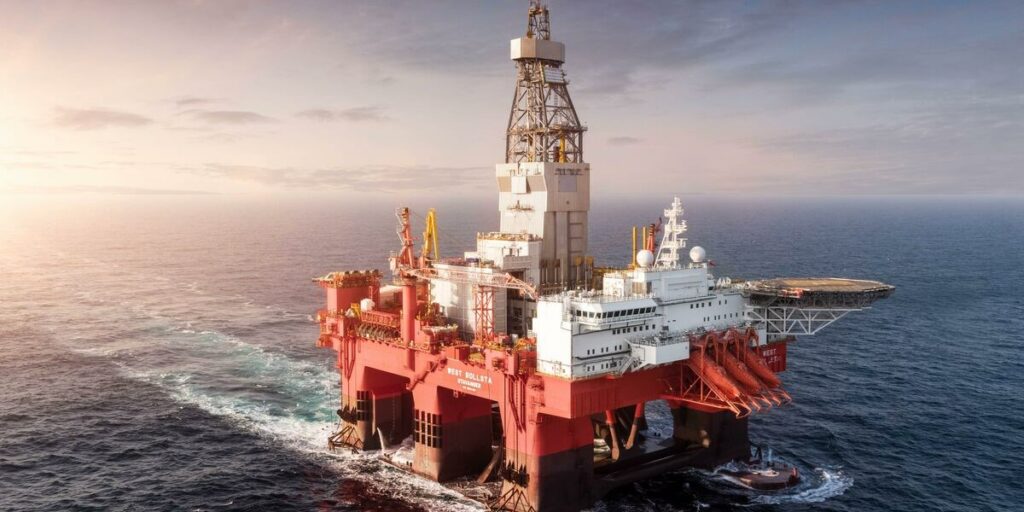