Gamesa has been honoured with the Annual Golden Award as the 2010 Spanish Company of the Year by the Spanish Official Chamber of Commerce in Great Britain. This Prize recognises Gamesa’s successful track record in the United Kingdom, along with its decisive contribution to fostering trade relations between the UK and Spain.

Spanish Ambassador to the United Kingdom Carles Casajuana gave Gamesa Board Member and Secretary of the Board Carlos Rodríguez-Quiroga the prize during a ceremony at the Spanish Embassy, with representatives of both countries’ business communities in attendance.

Carlos Rodríguez-Quiroga said “Business must be part of the solution to the global challenges. In particular, Gamesa is actively defining and developing technological solutions for the future of energy, offering more efficient energy solutions, globalising our activity and thinking globally and acting locally”.

The Chamber’s decision assigned particular importance to the significant role Gamesa is resolved to play in the offshore wind energy market. The company has announced an ambitious manufacturing and technological plan and is currently engaged in the design and development of two families of offshore turbines, the G11X-5.0 MW and the G14X, with capacity of 6 MW-7 MW, based on the proven and validated multi-megawatt technology used in its G10X-4.5 MW turbine.

Carlos Rodríguez-Quiroga said “For the last year and a half, we have been working diligently to integrate technology, investment and management to meet the intense demand for offshore wind projects envisioned in the North Sea as from 2015”.

Gamesa has announced that it intends to base the global headquarters of its offshore business in the UK, investing more than 150 million euros there through 2014. It is also researching the possibility of establishing a technology centre and conducting manufacturing, port logistics and operation and maintenance services out of several UK ports, including possible sites in Scotland. Gamesa’s global headquarters office for its offshore business will be in London.

More than 15 years of experience and the installation of 21,000 MW of its turbines in 30 countries cement Gamesa’s position as one of the leading wind energy technology firms worldwide. International markets accounted for 93% of its total sales in 2010, and the company’s international workforce consists of 7,300 employees.

Gamesa is now a major player in its industry in the UK. The Chamber’s award places Gamesa among honoured company, with prize-winners from previous years including Banco Sabadell, Agbar UK and Ferrovial, among other firms. 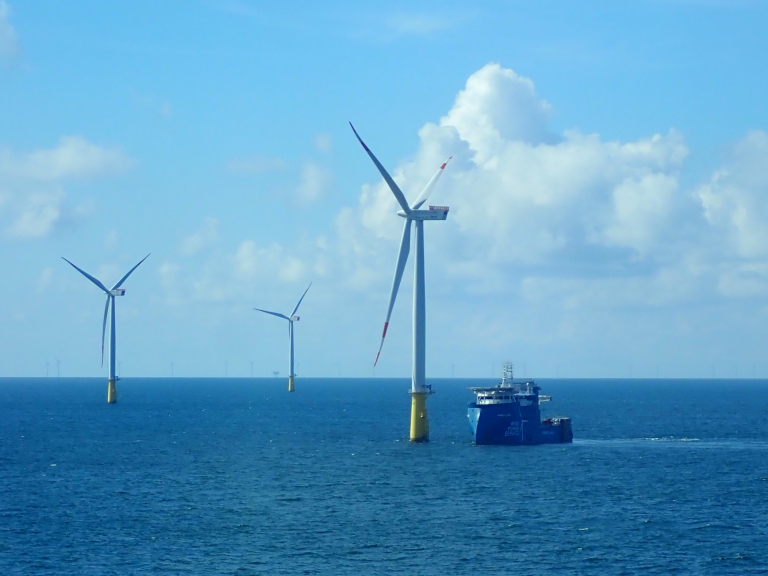