ATAIR is currently under construction at Fassmer shipyard in Berne/Motzen in Germany. The vessel will enter into service in 2020 and will replace the old ATAIR, commissioned in 1987.

Fassmer was awarded the contract to build the ship for the German Federal Maritime and Hydrographic Agency (BSH), which will use the vessel for sea surveying, wreck search and research.

Gasum is delivering the LNG and supporting Fassmer in the execution of the operation at the shipyard.

The decision to equip the ATAIR with engines that can run on LNG was made because LNG emits significantly fewer emissions compared to a diesel-fueled ship. As a result, the new ATAIR does not only comply with the TIER III exhaust emission regulations but also with the EPA TIER IV rules regarding soot particles.

Furthermore, the underwater sounds of the vessel are optimized, which protects the marine environment and ensures optimal conditions for scientific work.

Gasum has already conducted ship-to-ship deliveries in northwest Europe. However, Gasum aims to expand its geographical footprint in continental Europe.

“We are working actively on extending our business in the region and have lined up several projects in Germany, Poland, The Netherlands and Belgium,” says Jacob Granqvist, sales director, LNG Maritime, Gasum.

LNG is the cleanest available marine fuel, and it’s rapidly becoming the most commonly used alternative to traditional fuels. The use of LNG significantly improves local air quality as well as reducing greenhouse gas emissions by at least 20 per cent, and it meets all the current and forthcoming regulations set out by the International Maritime Organization and the EU. Furthermore, LNG is suitable for all vessel types. 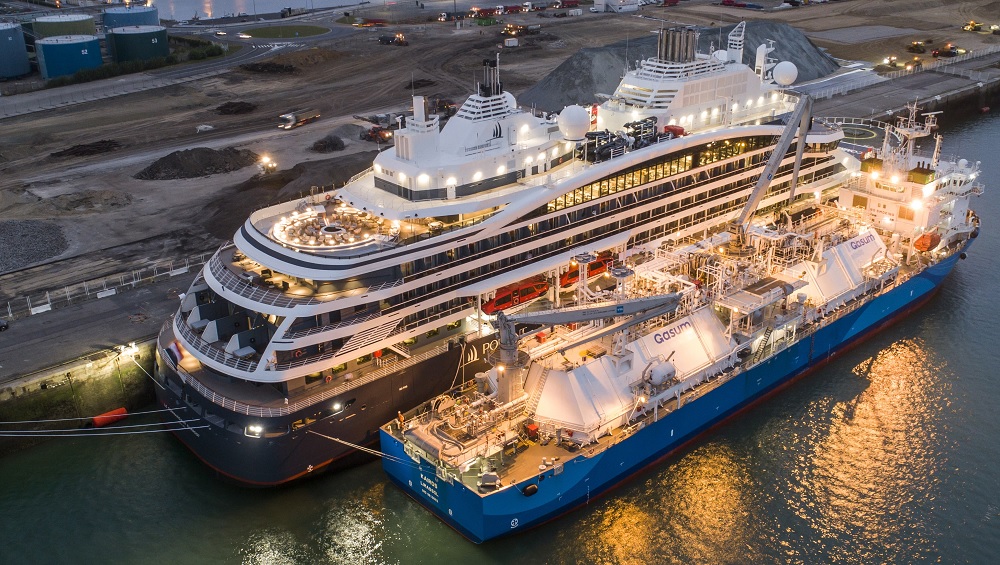