GDF Suez E&P UK has reported that the latest milestone in the Cygnus gas field project took place as the first piece of major infrastructure sailed out from Isleburn’s facilities at Nigg Energy Park.

The beginning of the subsea isolation valve and WYE structures’ journey to the Cygnus site in the Southern North Sea, 150 kilometres off the coast of Lincolnshire, brings the project a crucial step closer to completion.

The Cygnus field – operated by GDF SUEZ E&P UK (38.75%) with partners Centrica Energy (48.75%) and Bayerngas UK (12.5%) – is the largest discovery in the Southern Gas Basin in the last 25 years with gross reserves of approximately 18 billion cubic metres. First gas is targeted for late 2015 and by 2016 the field will be the second largest individual gas producer in the UK.

The SSIV manifold weighs 156 tonnes and the WYE manifold weighs 548 tonnes. It is one of the largest subsea manifolds to be installed in the North Sea, equivalent in size to 20 double decker buses parked side by side.

All components of the structures were procured by GDF SUEZ E&P UK and assembled by Isleburn. Business and Energy Minister Michael Fallon MP recently visited the yard to view the structures as part of No. 10’s Infrastructure Day, in which the Cygnus development was the only exploration project featured.

Jean-Claude Perdigues, Managing Director of GDF SUEZ E&P UK, said: “This is a pivotal point in the project as the first structure sails out from the UK. It heralds the beginning of structure deployment offshore for our flagship Cygnus development as we continue our drive to achieve first gas from the field next year. The experience and expertise of the team at Isleburn has resulted in smooth delivery of these subsea structures and contributes to our continued project success. The contract with Isleburn was awarded on 20th December 2012.”

Isleburn were delighted to play an important role in this flagship Cygnus project and their Senior Project Manager, Ray Goller, commented: “It was a privilege to be involved in this ground breaking project and we were pleased to work closely and successfully with our clients to ensure we satisfied everyone’s key indicators of safety, timescale and quality of work over the term of the contract.”

Greg McKenna, Director of Non-Operated Assets at Centrica Energy, said: “To see the first offshore infrastructure destined for the Cygnus field sail out marks a major milestone in a development which represents an important source of UK jobs and, at peak, will produce enough gas to meet the demand of 1.5 million UK homes.”

Gerry Harrison, Managing Director of Bayerngas UK, said: “We are delighted to see this significant event on schedule and congratulate Isleburn on the safe completion of their work.”

GDF SUEZ E&P UK is the operator of the Cygnus development, one of the most significant undeveloped gas fields in the North Sea and employs more than 300 staff and contractors in offices in London and Aberdeen. Cygnus is located in the Southern North Sea, 150 kilometres off the coast of Lincolnshire.  It has gross 2P (proved and probable) reserves of approximately 18 billion cubic metres.  First gas is targeted for late 2015. 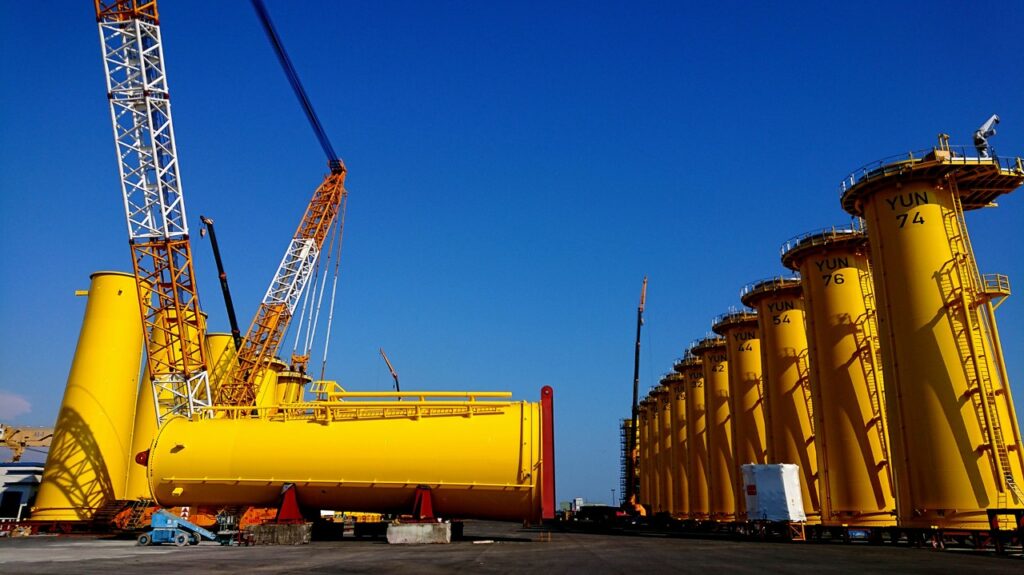